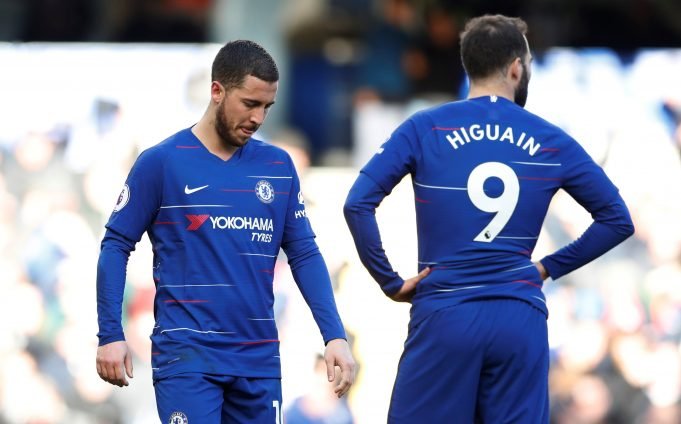 Maurizio Sarri feels keeping Gonzalo Higuain at Chelsea would give them an upper hand in the Premier League title race next season.

Higuain arrived in January on loan till the end of the season and netted his fifth goal of the season as the Blues secured a top four finish. There has been a lot of speculations regarding Higuain’s future at the club as the Argentine international has failed to live up to the expectations.

Chelsea would have to shell in the tune of £31.3m if they want to offer Higuain a permanent deal. A loan fee of £15.6m would be needed if Higuain’s current loan deal gets an extension.

The Blues hierarchy usually doesn’t offer a long term contract to players over 30 and it remains to be seen how Sarri manages to convince the club.

“If he’s staying then we can do very well in the next season.

“I don’t know about Gonzalo Higuain’s future, you have to ask the club. But for a striker it is not easy to play here, when you’re used to playing in Spain and Italy.

“It’s not easy to adapt to this competition because it’s different physically.”