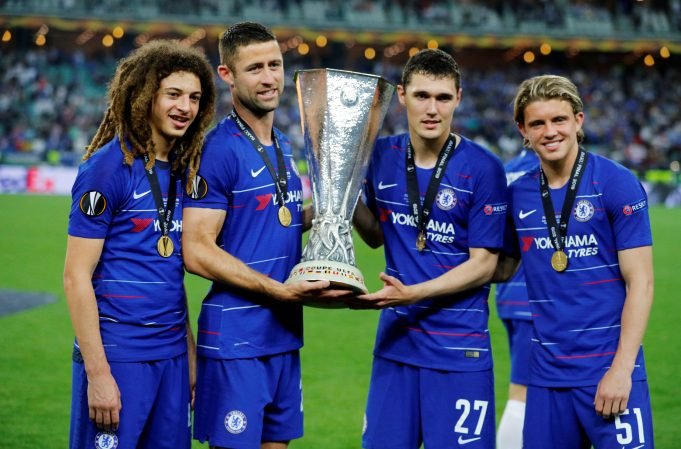 Chelsea bid farewell to one of their most decorated players yesterday, one who is sure to go down as a legendary figure at Stamford Bridge – Gary Cahill.

The defender was not offered a new contract after his last deal ran down to an end. These past 12 months have been somewhat of a nightmare for him under the management of Maurizio Sarri.

Despite the Italian leaving the Blues, Cahill was told that he will not be receiving a new contract as Chelsea declared the news on social media.

The club’s official statement for the 33-year-old read, “Gary Cahill departs Stamford Bridge a Chelsea legend and a winner after seven-and-a-half years of exemplary service during which time he won the lot.

“Club captain for the past two years, Cahill played 291 times for the Blues and scored 25 goals. He won eight major trophies, most famously the Champions League in 2012 when he battled injury to play and star in Munich.

“Gary will be much missed by everyone at Chelsea. He leaves with everyone’s best wishes.”

Cahill has been subjected to interest from London rivals, Arsenal but no offers have been tabled just yet. We will have to wait out the transfer season to find where his next destination will be.