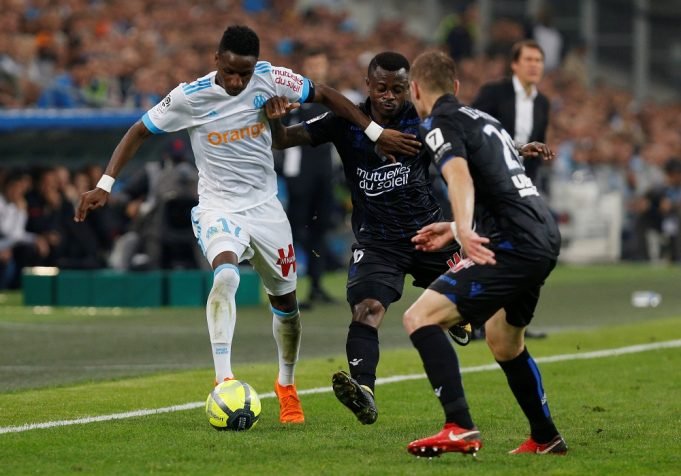 Arsenal are also keeping tabs on the midfielder

Chelsea are expected to overhaul their side this summer after an underwhelming Premier League and Champions League campaign this season. They have finished 5th in the league and will miss the Champions League nest season.

One of their priorities is bolster their midfield as their last summer signings Danny Drinwater and Tiemoue Bakayoko failed to deliver and has been linked to host of midfielders.

Chelsea are reportedly still interested in signing Nice midfielder Jean Michael Seri according to Sportsmole. The club have been linked with a move for him in past few months and could move for him in the transfer window.

Seri joined Nice from Pacos de Ferreira for a transfer fee of  €1 million in 2015 and since then he has been a mainstay in their midfield.

The Ivory Coast International was a regular for the club last season, scoring 2 goals and assisting 6 in 43 games. He helped the French outfit to qualify for the Champions League playoffs last year and his outstanding form has attracted attention from many big European clubs.

It is believed that the club would demand £36 million for the 26 year old but the player himself is thought to be put off by the uncertain managerial situation at Stamford Bridge.

Arsenal are also keen to sign him this summer and are keeping tabs on him.

Read Also: Chelsea FC Top Scorers of all time (all competitions by season)