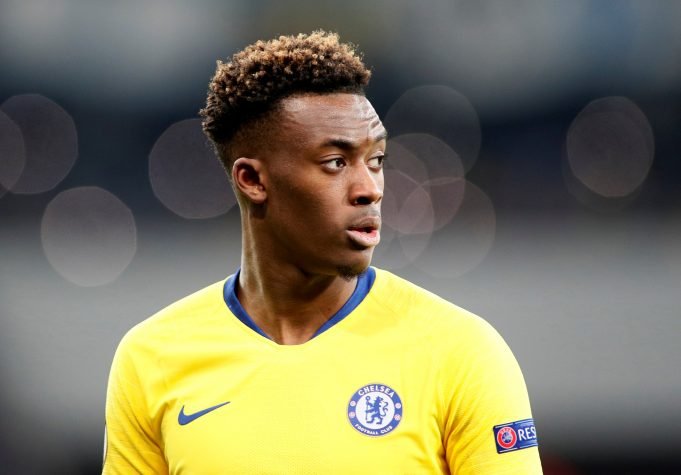 Former Chelsea ace Clive Walker has insisted that Callum Hudson-Odoi should imitate his teammate Olivier Giroud and grab every opportunity thrown at him. The English winger has been one of the most highly rated players in the Blues lineup but has not had enough opportunities to showcase his strength out on the pitch under the current manager Maurizio Sarri. The player has also been closely linked with a move to German champions Bayern Munich but Chelsea are reluctant to let him leave.

Speaking on Love Sport Radio, the former Blues winger said, “Giroud with his experience, he needs to set the barrier very, very high which he’s done. Callum needs to do it as well and take these opportunities when they come along. I thought that game for him was a good one. There’s a side of his game that we know Maurizio Sarri is trying to improve which is all about positional sense and defending. We saw with his goal what he is capable of. Making that step up is very difficult and he showed that he can score goals from that position with his pace.”

He added, speaking highly about Giroud, “In fact I think he’s been very good for Chelsea since he’s been at the club, possibly underrated in many respects but proving it again in the Europa League that he can score goals. He’s in the area, in the six-yard box more often than most centre forwards you see these days. I think that’s where they get a lot of their goals and of course the first two he scored, dare I say tap ins, he was in the right position at the right time and then obviously the header was exceptional. If you give someone like Giroud space in the six-yard box that’s how good he can be.”