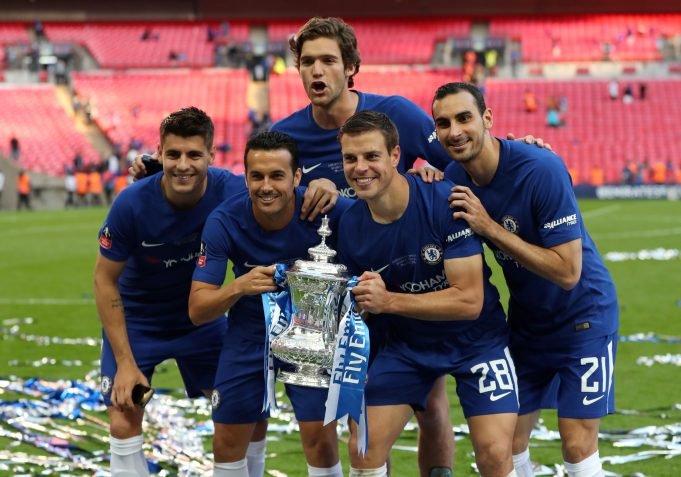 Frank Lampard has not even been appointed as the new Chelsea boss and the club is already in the midst of various changes.

The academy youngsters are beside themselves, thinking they have a greater opportunity of breaking into the senior side, the Chelsea board are eager to revamp even through the transfer ban by bringing in Matteo Kovacic permanently.

However, this managerial change is not expected to work out too well for two players and they are Marcos Alonso and Davide Zappacosta. Both defenders are looking to quit the Stamford Bridge this summer and are being forced to hold off on their decision until Lampard officially gets announced.

Alonso has been a regular in the Chelsea first team ever since he signed with them in 2016. However, he saw his minutes get cut short towards the end of the 2018/19 campaign under Maurizio Sarri.

Zappacosta is mostly a rotational option who has failed to top Ceasar Azpilicueta and previously Victor Moses to one of the starting XI spots. He came very close to returning to the Serie A in January as AS Roma look to steal him away for a bargain.

Alonso was also being pursued by Atletico Madrid but the La Liga outfit have shifted their attention towards Joao Felix.

If it were any other season, Chelsea fans might have been happy to bid these two farewell but these are trying times. The West London outfit are set to undergo a transfer ban which makes them unable to sign any players.

They are not exactly covered in the two fullback positions to lose both of them in one window and Lampard’s job is already expected to be difficult enough with the lack of his managerial experience.