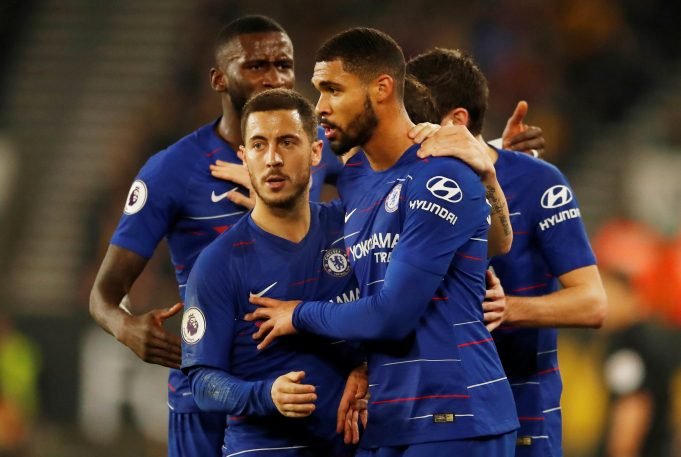 Chelsea manager Maurizio Sarri said that midfielder Ruben Loftus-Cheek is an important player for Chelsea and he could have a place in the permanent squad provided he continues to improve.

The 22-year old was struggling to find playing time at Chelsea ever since he broke into the senior squad (2014). Last season, he had to seek a loan move to Crystal Palace to find more playing time. An impressive spell at Palace saw Loftus-Cheek getting named in England’s squad for this summer’s World Cup.

This season, Loftus-Cheek struggled to find game time under Maurizio Sarri at the beginning. However, he was a regular starter in Europa League and League Cup games. Loftus-Cheek impressed in these matches and even scored a hat-trick in a Europa League game against BATE Borisov.

Soon, Loftus-Cheek began making appearances in the Premier League although not as a regular starter but his game time has increased.

Loftus-Cheek has now appeared in all of Chelsea’s last four Premier League matches, scoring twice. He has now scored 6 goals in 14 appearances across all competitions this season so far.

Sarri praised Loftus-Cheek, saying, “He is a very good player, his potential is great and he played seven matches out of seven in the last month. I think four in the starting XI and three on the bench. We are very happy with him, he is improving from a tactical point of view.

n the last match he played as a winger, but I think in the future he will be a midfielder but sometimes we need him as a winger, especially in the last couple of matches. At the moment he is a very important player for us and in the future he will be a permanent player for us. He is very good with the ball but he has to improve in movements without the ball and defensively because a match is 90 minutes, and if you are lucky you have the ball for two minutes, so you have to play 88 minutes in the defensive phase or offensive phase without the ball.”

Loftus-Cheek will be hoping to make an appearance and put on a good show against Leicester City today.