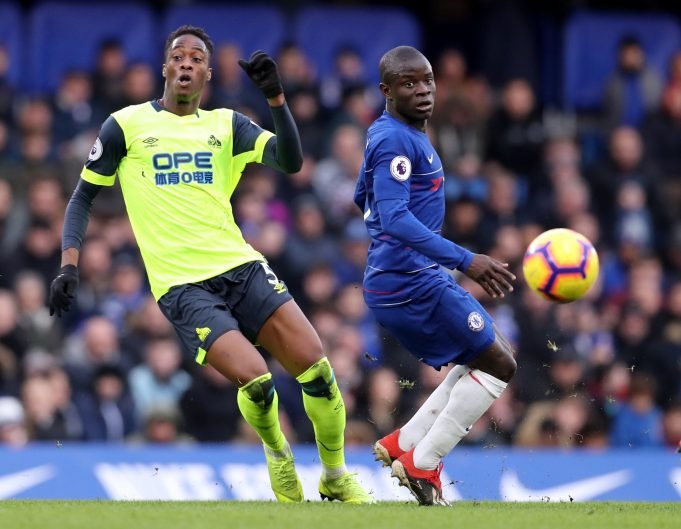 N’Golo Kante has revealed that Maurizio Sarri told the team not to be big-time Charlie against the small fry ahead of the game against Huddersfield Town.

Chelsea managed to respond in fine manner from the 4-0 humiliation at the hands of Bournemouth last week and completed a comprehensive 5-0 victory over Huddersfield Town.

And Kante admitted: “I think the manager, the supporters and also us the players, we wanted to react in the best way after our performance at Bournemouth.

“The post-match discussion in midweek? It was just to make a point about our performance and the way we want to go for the next game.

“He wants us to reach a same level of application and focus in every game, because the most important is the win and to be ready for every kind of game. It is difficult to explain what has happened.

“Some of the games we have lost this season we were in control in the first half, like Leicester, Wolverhampton, Bournemouth, and I think we played well and didn’t score and then lost the game.

“It is difficult to explain but we need to work on that. It is important.

“It was important to win and we won in a beautiful way. We need to keep going because we have got a good month in February in many competitions and we hope to get good results in this month.”