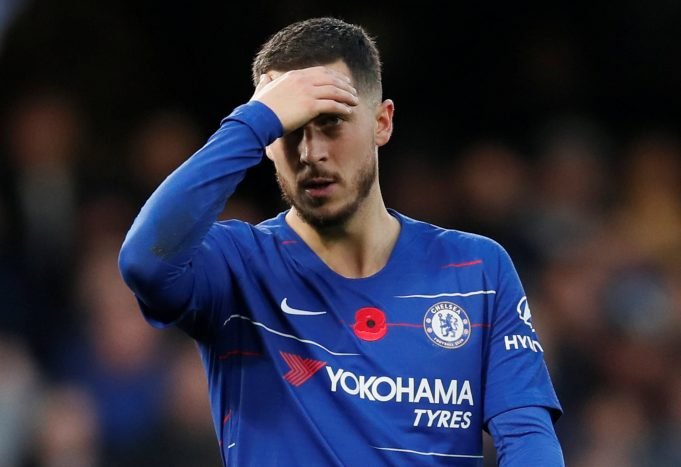 Chelsea star Eden Hazard has said that he is still feeling the effects of a tedious World Cup campaign.

Hazard was one of the stars of the 2018 World Cup as he led Belgium to third place in Russia, their best ever World Cup finish. He scored three goals and provided two assists, receiving the Silver Ball for being the second best player of the tournament.

The 27-year old has been in terrific form for Chelsea this season, scoring 8 goals in 13 appearances across all competitions. However, Hazard could not provide his Midas touch against Everton yesterday as Chelsea drew 0-0.

Following the match, Hazard said, “Believe me, I am tired! But I think I’m in good condition to play. Last year I got an injury with my ankle for three months. So that’s why I’m fresh now.”

Hazard added, “When you are happy on the pitch you can try some things. I’m just enjoying myself. For the last seven years with Chelsea, I have always enjoyed myself. When I am on the pitch I try to give happiness, first to me and then to the fans who are watching the game.

Hazard will now join Belgium’s training camp ahead of their Nations League fixtures against Iceland and Switzerland. Belgium have won their first two Nations League matches so far and will hope to seal their place in the Nations League Finals during the international break.

Chelsea’s next match is against Tottenham on the 24th.