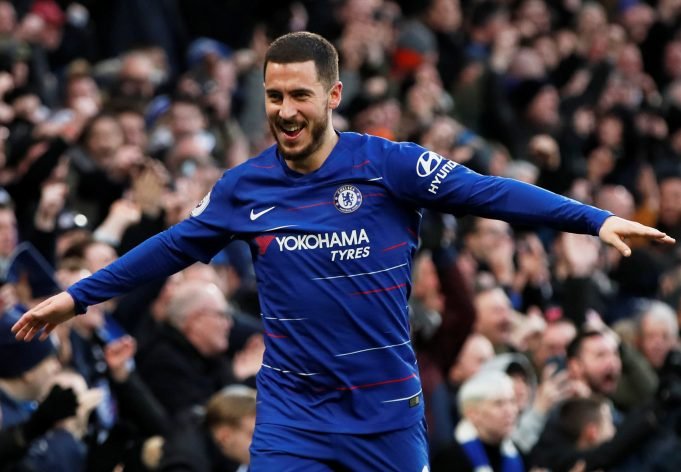 Hazard backs Higuain to be a prolific No.9 at Chelsea

Chelsea superstar Eden Hazard showered praise on Gonzalo Higuain, claiming that the Argentine will score a lot of goals for the Blues in the days to come.

Higuain scored a brace against Huddersfield to help the Blues get back to winning ways following that 4-0 humiliation against Bournemouth on the south coast last week.

The No.9 position was always seen a weak link in Maurizio Sarri’s eleven, with Alvaro Morata and Olivier Giroud both failing to hit the ground running.

Hazard was forced to play in an unfamiliar false No.9 position but the arrival of Higuain has solved the manager’s quest for a specialist prolific No.9.

The 31-year-old is now Chelsea’s first-choice striker and Hazard believes he will prove his worth in the coming days even though he is less of a target man than Giroud.

‘He’s a bit less of a target man than (Olivier) Giroud, but he can hold the ball, he can play one touch. He’s intelligent.

‘In the box he’s unbelievable. He will score more goals.’

Hazard also got his first two goals of the calendar year in the 5-0 thrashing of the Terriers and the fans have every right to expect more fireworks from their in-form frontmen in a hectic February schedule.