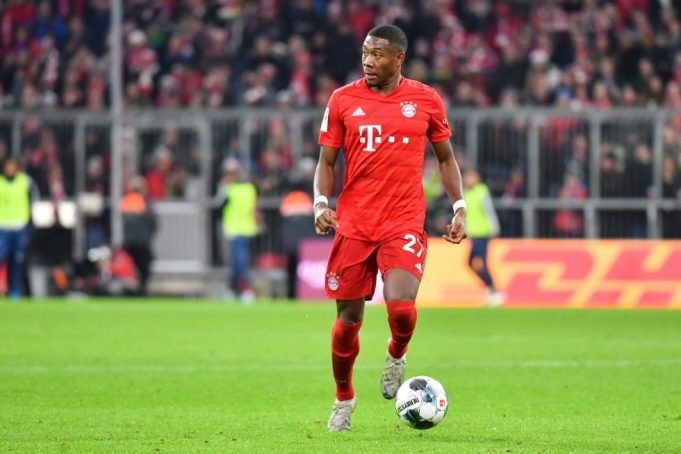 Chelsea fans would be in dreamland if the club manages to sign David Alaba this summer.

Frank Lampard is actively looking for reinforcements in the left-back position and the Bayern Munich ace has drawn links to Chelsea.

The Blues were primarily thought to be targeting Ben Chilwell of Leicester City and Alex Telles from FC Porto. But Alaba certainly is far more notable for obvious reasons. Other than being recognized as one of the best in his position, the Austrian is the ideal mix of experience and versatility.

He would not only add defensive strength to Chelsea’s left flank but also solve Lampard’s problems going forward. Alaba is about to enter the final year of his contract with Bayern Munich and the Germans would not risk losing him for nothing next summer.

Reputed journalist, Guillem Balague said on his YouTube channel, “There’s another player that if available, if not wanted by others, if he doesn’t go anywhere else, Chelsea would like. And that’s Alaba. He’s been approached by other clubs, yes, but Chelsea will be interested in Alaba and I think that his versatility will really work in favour of Frank Lampard.

“He can play as you know in the midfield, in the full-back position as well of course, that’s where he’s very well known as, but Pep Guardiola made him much more than just a full-back. It will be interesting to see him in the Premier League. That’s certainly one to keep an eye on.”