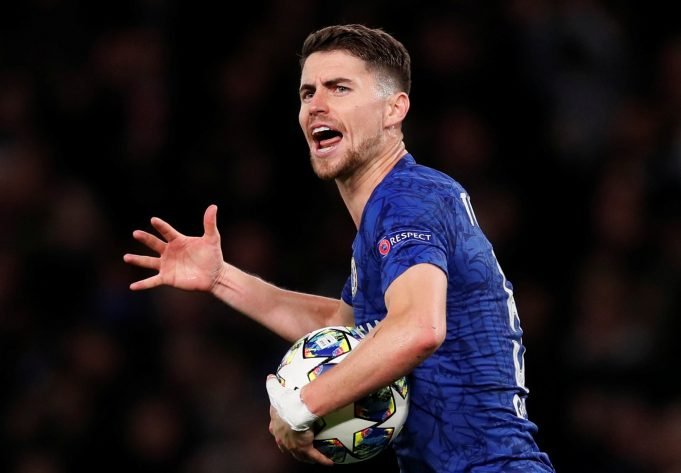 Frank Lampard does not see Jorginho as a part of his future plans at Chelsea, as per Gary Neville.

It has been made abundantly clear that the Italian is not an important part of Chelsea’s rebuilding process under Lampard.

He has been left on the bench in consecutive games since the restart and even picked after teenage, Billy Gilmour on several occasions.

“You have to think that he [Jorginho] is being managed out of Stamford Bridge,” Neville told Sky Sports. “I think it’s been clear from the moment Frank Lampard came in that he wants to build a young and hungry squad.

“Look at the way David Luiz was let go. With the way Jorginho has been dealt with, it’s quite clear where Lampard wants to take the team. When you think of Pep Guardiola and Jurgen Klopp over the last few years, they don’t veer away from the plan for any player. Frank Lampard has got a clear plan.”

Maurizio Sarri brought Jorginho from Napoli to Chelsea in the summer of 2018. After an long adjustment period, Jorginho was making headway under both coaches up until the emergence of Bill Gilmour. The latter has greatly impressed Lampard and seems to be preferred in the midfield pivot in N’Golo Kante’s absence.

Jorginho, at 29 will want to play regular football and has drawn strong links to Juve where Sarri currently coaches. Moving him on would also be beneficial for Chelsea to fund for newer additions such as Kai Havertz.