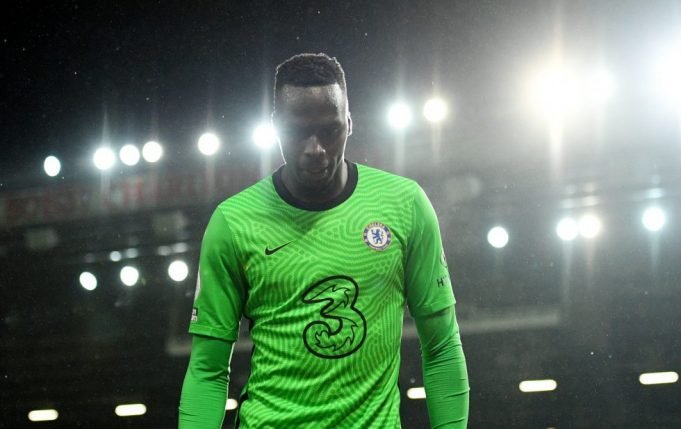 Edouard Mendy is willing to fight for the starting spot at Chelsea.

Since Thomas Tuchel came in to manage the Blues, both Chelsea goalkeepers have been put on notice.

Kepa Arrizabalaga won some minutes under the German boss as opposed to what he was used to under Frank Lampard. Whoever showcases more promise out of the two is likely to be kept on as the number one.

Mendy was key in Chelsea’s 1-0 win over Atletico Madrid on Tuesday. He said, “It was tough but we won and that is what we wanted. The key to our success was the intensity in the game. We ran a lot, we kept the ball and they suffered.

“It was a good game but it’s only half-time [in the tie] so we need to stay focused.”

“The coach gives confidence to all the players,” he continued. “We know what he wants so when we are on the pitch, we have to show why he has chosen us.

“He is very expressive and he shows when he likes something. When you do well on the pitch, every day at training and in the games, he pushes you. He stays positive but he also shows his determination, which is good for me and the team.”

“I fight with Kepa but with Willy as well,” insisted Mendy.

“The coach has said that he needs three strong goalkeepers. We need to be ready and we have to show it to start on the pitch.”