Best Chelsea players of decade? Have you ever wondered who are the greatest players to have worn the Blues jersey from 2013 to 2022?

This decade has been kind to Chelsea. The Blues suddenly rose to prominence after the turn of the century, winning their first Premier League titles between 2004 and 2006. The London club laid their hands on the “holy grail” in 2012 by winning the Champions League as well while also adding three more league titles.

In 2021, they won their second Champions League title by beating City in the final. They also found new owner as Todd Boyle replace Roman.

Here are the Top 5 best Chelsea players of decade.

Disclaimer: We’ve only considered players who played for Chelsea at least five or more years between 2013 and 2022.

Kanté was named the UEFA Men’s Midfielder of the year in 2021. He was named man of the match as he won his first Champions League title after Chelsea defeated Manchester City in the Final in Porto.

Chelsea swooped in to sign a relatively unknown Cesar Azpilicueta back in 2012. The Spanish full-back was enjoying his football in Marseille before the Blues paid £7 Million to the Ligue 1 side for his services.

It took Azpilicueta some time to break into the starting eleven under Jose Mourinho, who preferred Ashley Cole and Branislav Ivanovic as his full-backs. However, an injury to the former proved to be a blessing in disguise for him and he has not lost his spot in the team since then. Cesar has been a starter in all of his seven seasons at the club and is the current first-team captain.

The Spaniard has maintained his standards throughout the years while also playing in several positions. He started as a left-back under Mourinho, was turned into a centre-back by Antonio Conte, and is currently deployed as the right-back under Frank Lampard. Azpilicueta won all the major titles with Chelsea and his dream of winning the Champions League was also completed in 2021.

The Chelsea captain is one of the best Chelsea players in the last decade.

Branislav Ivanovic’s love affair with Chelsea ended on a bitter note, with a majority of the fanbase turning on him after a disastrous 2015/16 campaign. The Serbian defender remained at the club for another year, before leaving for Zenit St Petersburg in January 2017. While there was animosity towards the right-back for a while, very few Chelsea fans will admit that Ivanovic is anything less than a club great.

The Blues paid Lokomotiv Moscow €13 million for Ivanovic back in January 2008, although it wasn’t until a year later that he really cracked into the first team. After a turbulent few years at the start, the Serbian established himself as the team’s preferred right-back, following the turn of the decade.

During the years that followed, Ivanovic won all five major titles with Chelsea, figuring as a key player in every competition. By the team he left London in 2017, he had won three Premier Leagues, one UEFA Champions League, one UEFA Europa League, three FA Cups, and one League Cups. His winner in the 2012/13 Europa League final will long be remembered by the Blues faithful. 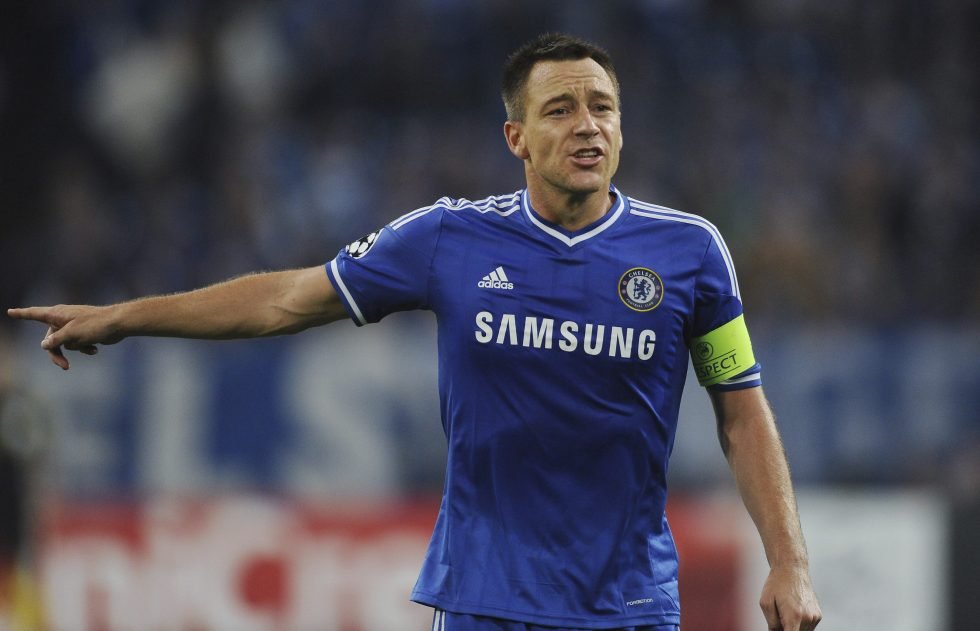 Fun fact, the first four players on this list made up the four-man defence under Jose Mourinho during 2014/15, which ended in a league and cup double. While Branislav Ivanovic, Gary Cahill and Cesar Azpilicueta formed an important part of the back-line, the most important piece of the jigsaw was captain John Terry.

The Englishman came through the club academy and, for more than a decade, was the only one to break into the first team. He was made club captain following Marcel Desailly’s retirement in 2004, and only relinquished the armband thirteen years later when he left the club.

While Terry led the Blues to their first Premier League titles in 2004/05 and 2005/06, a major chunk of his trophy haul came in the 2010s. The club captain started on a positive note, winning the league in 2010. He then followed it up with two European titles – the Champions League and the Europa League – before picking up two more Premier League winners medals. Terry was Mr Chelsea through and through and will forever be remembered as one of the greatest players ever to play for the club.

While the legendary status of John Terry is undeniable, so is the fact that it was Eden Hazard who excited the Chelsea fans the most during his seven-year spell at the club. The Belgian attacker has been hailed by the fans as the most talented player to don the iconic blue shirt and justified the tag by producing quality displays year after year.

His individual and club statistics themselves prove his credentials for Chelsea’s player of the decade, while his mesmerizing displays on the pitch solidify his status as a club great. He is truly the top in the best Chelsea players in the last decade.