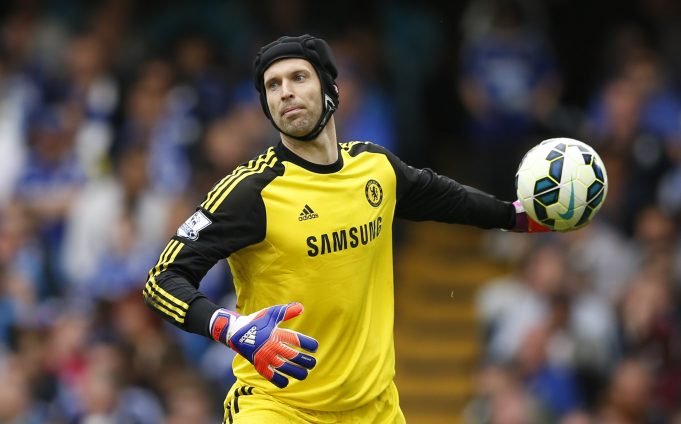 Chelsea have paid a heartfelt tribute to their former goalkeeper Petr Cech after the former Czech Republic international, who currently plies his trade for London rivals Arsenal, confirmed that he would call it a day at the end of this season.

The 36-year-old has been one of the best custodians to have ever graced Stamford Bridge and is currently in his 2oth season as a professional footballer. The player was signed by the Blues in 2004 and he went on to win almost every major accolade with them including four Premier Leagues, three FA Cups and one Champions League trophy.

Following Cech’s decision to retire at the end of the season, Chelsea posted a message on Twitter, depicting the current Arsenal shot-stopper as the “perfect role model”.

They also posted on their official website in reaction to Cech’s decision. It read, “Chelsea great Petr Cech has today announced he will be retiring at the end of the season, bringing the curtain down on an incredible career in which he won every major trophy with the Blues including most famously the Champions League in 2012.”

It also read, “Cech, who won the Chelsea Player of the Year award in 2011, is our highest overseas appearance maker ever. His 494 games puts him sixth in the all-time list of Chelsea appearances, and his 228 clean sheets is also a club record.”

They concluded, “Enjoy your retirement, Petr, and thank you for everything.”