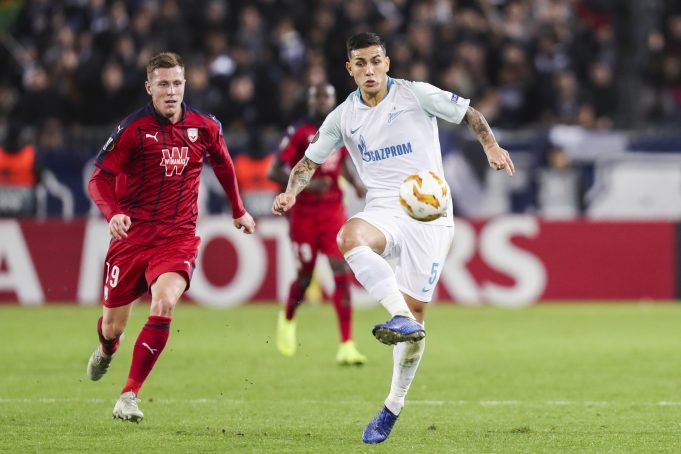 According to latest reports, Chelsea have approached Zenit St. Petersburg for Leandro Paredes.

The Blues will soon bid goodbye to Cesc Fabregas and have already listed the Argentinian midfielder to be his immediate replacement. Maurizio Sarri already has a packed midfield of N’Golo Kante, Ross Barkley, Jorginho and Matteo Kovacic but he might find it difficult to go through the remainder of the season without finding Fabregas’ input.

The Spaniard has been a regular at the Stamford Bridge ever since he made his return to the Premier League from Barcelona in 2014. However, he lost his starting berth under Sarri after the introduction of a younger and more athletic Jorginho.

Despite being demoted to the second string team, Sarri heavily relied on Fabregas to be the creative piece in his midfield for the domestic cup and Europa League matches. The 31-year-old’s passing ability is still key in the Italian manager’s setup and a replacement such as Paredes is highly necessary going forward.

Paredes is a 9-time Argentina international and was previously linked with Chelsea when he was still at AS Roma. The 24-year-old’s contract is set to run till the summer of 2021.

He has made 22 appearances this campaign, slotting in 4 goals and making 4 assists as well. He usually operates from the deep central midfield role but is creative enough to burst forward when required.