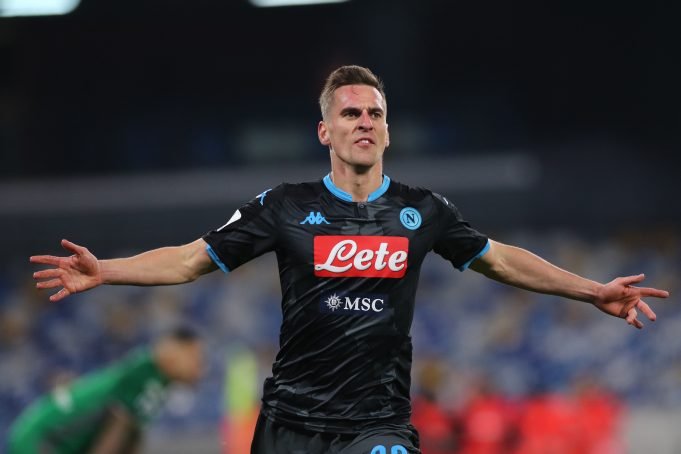 After four years in the ranks of Napoli, it seems that Arkadiusz Milik is facing a new challenge in his career.

Italian media have been reporting for some time that he is a target for Juventus, Milan, Atletico Madrid, and as of yesterday, London’s Chelsea has also been involved in the race for the Polish striker’s signature.

Unlike the others interested, Chelsea have the best chance to get Arkadiusz Milik, because they have a big trump card in their hands. It is the loan player of Chelsea in the ranks of Sassuolo, Jeremy God, who plays great this season and scored eight goals and four assists in Serie A.

Reportedly, Napoli’s first man, Aurelio De Laurentiis, would accept Milik’s move to London, but his team would get the 23-year-old God, who has played just one Premier League game for Chelsea three seasons ago.