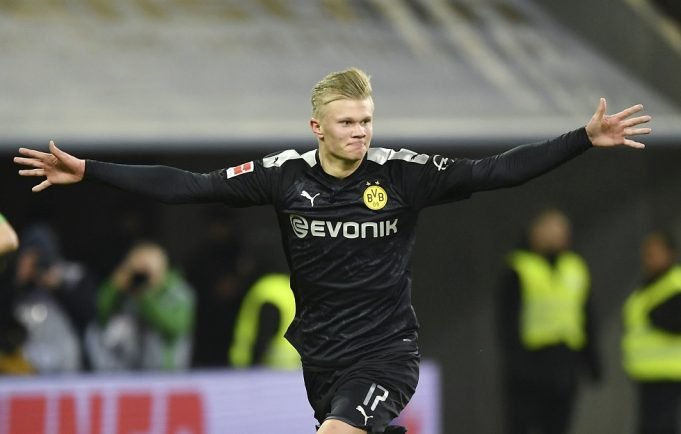 Chelsea are looking at more star talent to add to their squad and it just so happens one star likes them in particular.

Erling Haaland is the next torchbearer of world-class strikers as evident from his performances.

Borussia Dortmund’s leading goalscorer has been sensational since breaking into the scene with Red Bull Salzburg last season. He is proving to be an indomitable attacking force with plenty of clubs after him.

Real Madrid are the favourites to sign him in the near future but Chelsea are also creeping up behind the Spaniards. Roman Abramovich’s ambitious plan to sign world-class stars was on display last summer and the Russian owner is in no mood to stop.

Seeing how Chelsea need a solid number nine again, bringing Erling Haaland to Stamford Bridge would be a massive boost to the club’s future. Good news is Lampard is already one of Haaland’s favourite players.

In an interview with ESPN, Haaland was previously asked the one player he would have liked to play with and said, “Frank Lampard.”

No doubt the Chelsea legend is a role-model in many players’ books but it is particularly interesting to note that even Haaland idolises him. Surely, that gives Chelsea a stronger base to chase him with Lampard still in charge.