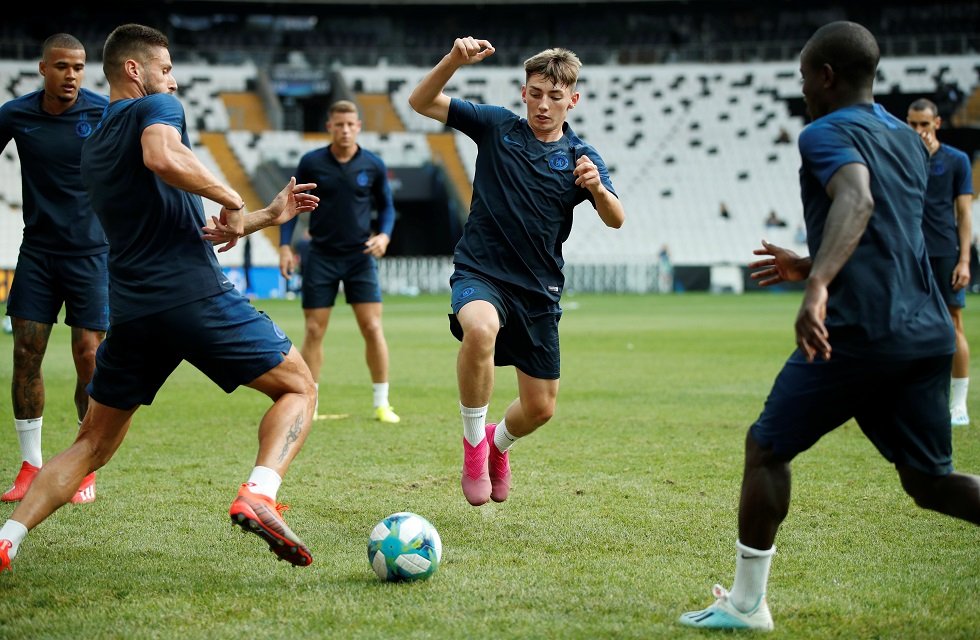 The 18-year-old made his debut start last Wednesday, in the fourth League Cup tie against Grimsby Town.

Gilmour impressed on the pitch as Chelsea won the tie 7-1 at Stamford Bridge. Cesc Fabregas himself praised the teenager and his attitude when it got revealed that he arrives at every training session an hour early to view the Spaniard’s highlights.

“Billy was brilliant the other day [against Grimsby Town],” Lampard told Chelsea TV. “I was delighted with the reaction Billy got during the game and that will make him so good. Every training session Billy takes part in he lights it up with energy, quality and angles.

“He’s like an old-fashioned midfield player. I know modern midfield players do it, he’s constantly making angles, berating people even though he’s a young boy, personality in the way he plays, never scared to receive the ball. He’s got a really big chance.”

Gilmour, at only 18 becomes a part of Lampard’s young core at Chelsea, next to the likes of Mason Mount, Callum Hudson-Odoi and Tammy Abraham. With N’Golo Kante dropping in and out with injury, the Scotsman has a better shot of earning first-team opportunities now.