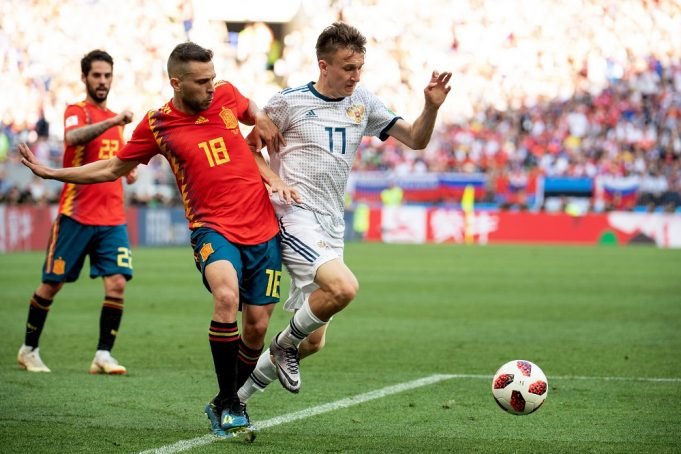 The Blues are willing to pay the player’s asking price

Though Blues ended the campaign on a bright note after defeating Manchester United in the FA Cup final. But they need reinforcements in key areas to compete for Silverwares in the upcoming season.

Chelsea are interested in signing Aleksandr Golovin and have already held talks with his agent. They are reportedly leading the race to sign him as they are willing to pay closer to his asking price of €30 million.

The midfielder made his debut for CSKA Moscow and has been a mainstay at the midfield since then. He was a regular for the team last season, scored 7 goals and assisted 4 in 38 appearances in all competitions.

The 22 year old has been one of the revelations of the 2018 World Cup, picking up a goal in two assists in his three starts. He was also impressive against Spain in the Round of 16 as they won the match on Penalty Shootouts and will face Croatia in the Quarter-Finals.

Russia International’s mother, Svetlana, has confirmed that talks are going between his son and Chelsea but any deal is expected to be completed after the World Cup.

“Yes, now there are talks between the clubs, but we still do not know the details,” she said media outlet Komsomolskaya Pravda.

“Sacha right now stands only for the Russian team, fully focused on the World Cup. The transition from one club to another will only be discussed after it is completed here.

“For now, everyone loves my Sacha, even those who before didn’t care about football. His biggest fan is his 83-year-old grandmother – she does not miss a single match.”