Stamford Bridge may only be around seven miles away from the Emirates Stadium in N7, but that didn’t mean that the all-London Europa League final was an easy trip for either set of fans. In fact, it involved one of the longest journeys possible in Europe, as they struggled 2,468 miles to Baku, on the Caspian Sea in Azerbaijan. So why was the game held so far away, and will this be the new normal as UEFA tries to broaden the reach and appeal of the game?

Of course, the Londoners were not alone in their trek. The other European final was also an all-England affair, but both Spurs and Liverpool fans who were looking forward to the Champions League final still had to trek to Madrid. This is not the first time this has happened, with the two Madrid teams having to face off in neighbouring Portugal in 2014, the all-Portugal UEFA League final of 2011 taking place in Dublin and the Blues meeting Manchester United in an all-English final held in Moscow of all places in 2008. Naturally, the all-German final, between Bayern Munich and Borussia Dortmund, was held here at Wembley.

It doesn’t always happen that way. Who can forget Chelsea travelling to Bayern Munich’s home ground for their Champions League final in 2012? Bayern may have had home advantage, but the Blues still came away with the trophy. 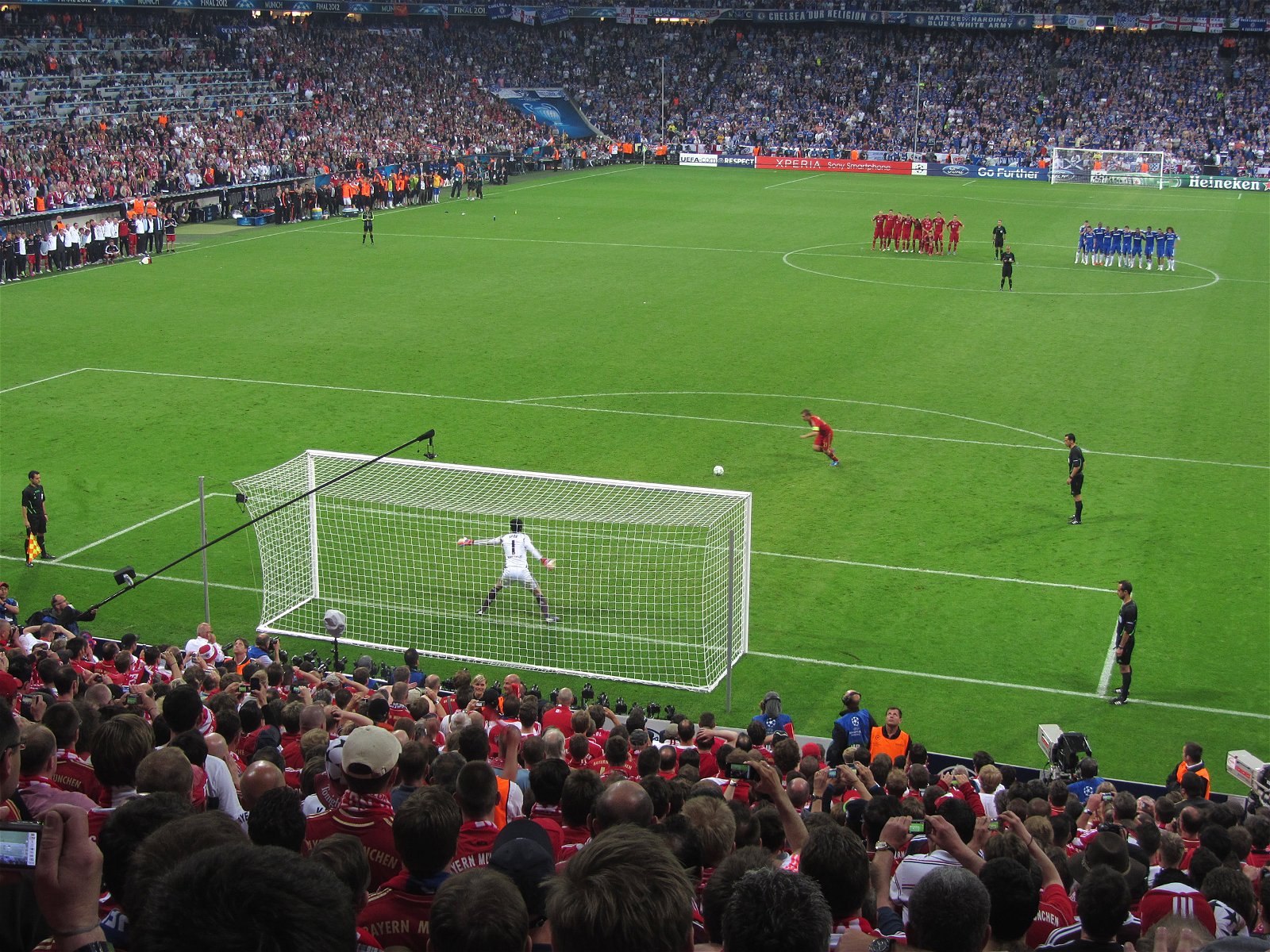 Tense times for Chelsea as the 2012 final goes to penalties in Munic, image by Markus Unger CC BY 2.0

Not worth the trip

There was much controversy about ticket allocations, with Chelsea and Arsenal offered just 6,000 tickets each for the 68,700 seater stadium. However, the Blues still ended up sending back almost half of their tickets unsold as fans struggled to find a way to get to the game. In the end, only around 5,000 fans of the two teams made the trip.

With no direct flights, the Olympic Stadium was definitely in the ‘Baku’ beyond, as fans struggled to get there by planes, trains and automobiles. And they were not alone in their travel issues, as the endless rows of empty seats proved. To make things worse, the fact that this was an Olympic stadium meant that there was a huge running track between the fans and the pitch, leaving many feeling that they were no closer to the game than they were when they left London!

The venue for the game was decided long before two local rivals, two and a half thousand miles away, reached the final. UEFA President, Aleksander Ceferin, is determined to bring the beautiful game to all parts of Europe, however far flung. His sentiments were echoed by Azerbaijani sports minister, Azad Rahimov, who said that: “We have to bring football to all countries and give fans the chance to see these big matches.” This despite his own admission that Baku is the longest flight in Europe.

The former Soviet state will be getting much more football next year too. The spread-out Euro 2020 tournament wil hold four matches in Baku, including three Group A games and a quarter final. The tournament will also see games everywhere from London to Rome, Budapest to Bucharest.

Is it all part of the fun?

There are many who would argue that travelling is all part of the glamour and glory of European football; a chance to see new places and meet new people. And with 2020 final venues of Gdansk, in Poland, for the UEFA League and Istanbul, in Turkey, for the Champions League, next year certainly seems more manageable. Yet the jury is still out on the more remote grounds and countries, especially in the hard to access Eastern European states. On the one hand, their fans deserve the big games as much as any other European country. Yet at the same time, the BBC Sport website compared Baku to the moon, both for accessibility and for atmosphere, which can’t be right for one of the game’s biggest spectacles.