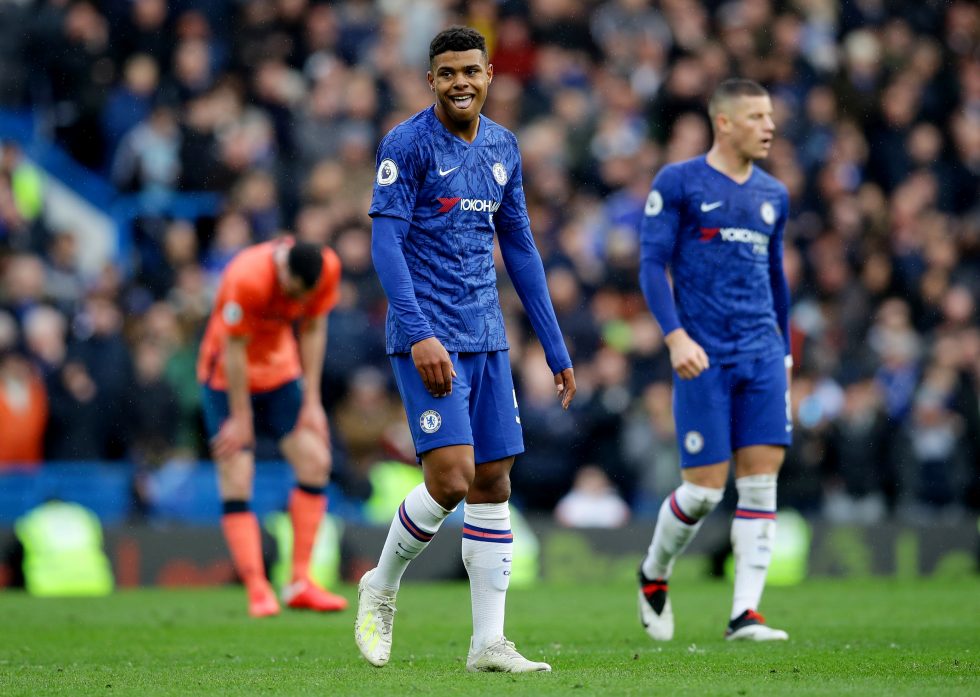 Who are the stars in the Chelsea U-18 team? How many Chelsea u-18 team prodigies do you know? How many of these extremely talented u-18 Chelsea team players will make it to the first team?

The biggest star to come through on the Chelsea team this season from the Under-18 squad is none other than Callum Hudson-Odoi. His talent shows how much talent is there in the Chelsea under-18 squad.

Chelsea are a club who have been criticized multiple times for their handling of the youth. It has been noted, mainly by the number of silverware the kids have won, that the Chelsea U-18 team has been extremely overlooked.

The senior team has always had new world-class players come in, which has come at the cost of these young players who despite being extremely talented have not been able to break into the first team.

Here we look at the full squad list of the Chelsea FC Team Under-18s 2020.

The Under-18s, also frequently referred to by the traditional ‘youth team’ name, is a side consisting of the youngest players to have been given full-time scholarships by the club having reached the end of statutory education.

The Blues are famed for their excellent youth squad development. Chelsea have won multiple youth competitions such as the Youth FA Cup and the League. It’s crazy that not more young players have made it at Chelsea. Youngsters like Callum Hudson-Odoi and Ethan Ampadu are close as they have featured in the first-team lineups. While others may never play for the Chelsea senior team.

The Blues sold Nathaniel Chalobah and Nathan Ake who were close to breaking into the first-team. So it was disappointing that Chelsea sold them.

Right now, Ruben Loftus Cheek is on loan at Crystal Palace while Charly Musonda is at Celtic. It looks as if though, that Loftus-Cheek is the most likely loan player to make it at Chelsea. Other players such as Kurt Zouma may make it but he is at Stoke until the end of the season.

Players with an asterisk also play in the U19s.

A french Goalkeeper by birth, he joined the club in 2016. He like Eden Hazard used to play for Lille before.

A goalkeeper from Croatia he joined the club in 2017.

A young goalkeeper with us from the age of 9, he progressed through the development centre programme.

A player who has crossed the ocean for us, his family had to relocate to UK midseason for the new player to settle in London.

He joined us from the High Wycombe in the Under-9 team. He can play with both feet and is an extremely talented centre half.

He is from the youth academy development programme and joined us as an under 8.

He is from Northern Ireland and recently joined our academy.

A defender by French birth origin, he is a centre back who prefers to on the left side of the central defence.

He came through the winter trials through local trials and joined us in the u-13 team.

He joined our development centre programme and has been a part of the team since the under 9 programme.

He is an emotional and a committed defender who joined us from Leatherhead. He is as passionate as they get about the Blues.

He is from PSV Eindhoven. He was scouted from their u-16 team and has been with us ever since.

He is a player with us from the u-7 programme and is extremely loyal to the Blues.

After a u-14 trial in North London, he was welcomed into the club. He is technically strong and gifted and has a bright future here.

Another player signed as under 9 players and has progressed from the development centre programme.

An extremely technical player from Viktoria Koln in Germany. He is an extremely talented player and with excellent technical qualities. His move was well touted by the English media and we can expect a lot from him in the future.

This lad has been with us since the u-7 programme.

We captured him from Cambridge United as an Under-14 and he has been with us ever since.

An attacking player who has been with us for almost a decade now.

He came to us from Crewe Alexandra at the end of his Under-16 year and is known for his excellent left foot. 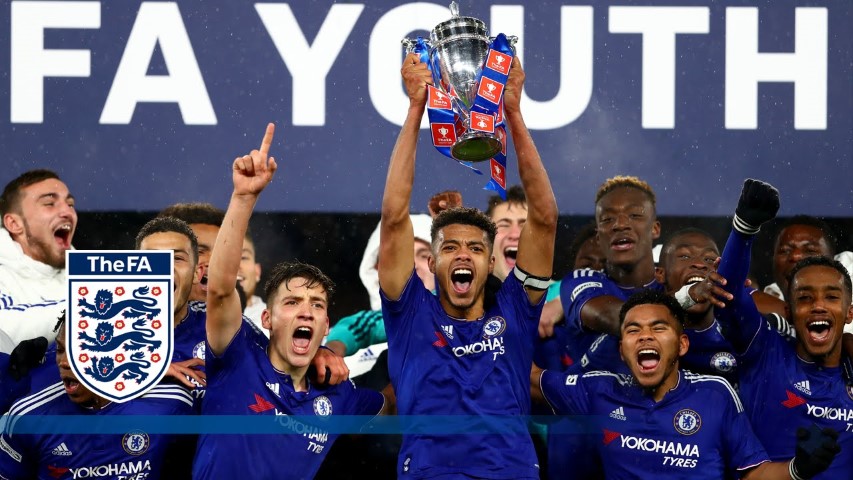 The Chelsea Under 18’s with the FA Youth Cup.

The squad size: There are 26 players in the Chelsea U18 team.