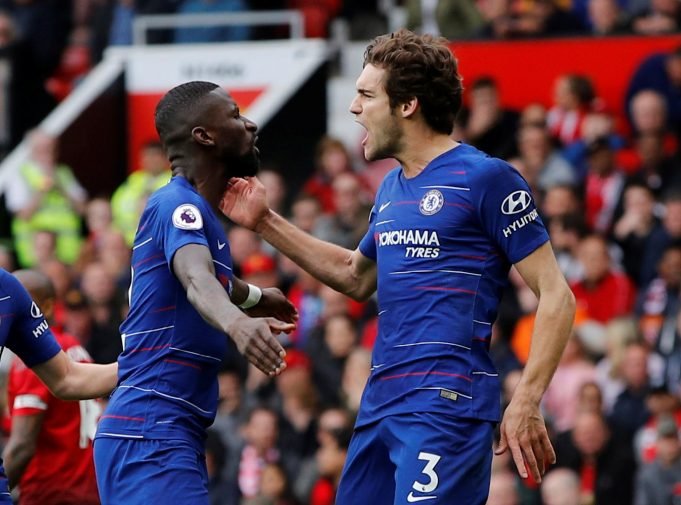 Marcos Alonso will consider leaving Chelsea if a suitable offer comes, the defender has hinted.

The left back was a star performer in Antonio Conte’s regime where he featured regularly in the left wingback position. He even had started on the left side when Maurizio Sarri took charge but couldn’t replicate his form for the Blues.

The Spanish international is known for his attacking traits but off late Sarri has mostly preferred Emerson as the Brazilian is more suited to the balanced role the manager has been demanding.

Alonso only signed a new five year contract last year but has fallen in the pecking order. He had to watch from the bench in both legs of the Europa League semifinals as the Blues got past Eintracht Frankfurt to claim a place in the final.

Alonso said, ‘I am very happy here but we will see what happens this summer.

‘There is always talk [like this]. Is it a compliment? Yes. It means I’m doing well if other teams are trying to get in touch.

‘For me personally, the path changed. I started very well, then the manager wanted different things from me.

After that I was trying to do what he wanted and then he told me he wanted to play like I was at the beginning of the season. So maybe that has conditioned a little bit the way of my game.

‘Has the criticism from the fans affected me? No. Football is like this.’