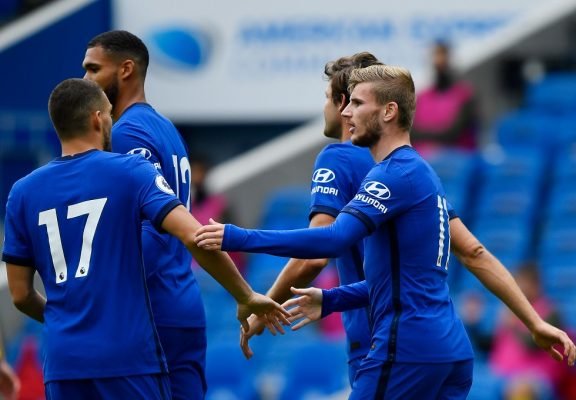 Chelsea boss, Frank Lampard has received a lot of praise for signing Timo Werner and he deserves it.

Bit by bit, fans are getting to know the effort it took to convince Werner into signing when every other European big gun was interested in him.

“You understand that when there is competition from the likes of Liverpool and Manchester City that you need to state your best case to the player,” said Lampard.

“Having been that player at one point, I tried to sell the club to the best of my ability when I spoke to players. Petr in his role does the same.

“With a player like Timo, we were very keen to bring him in. He needs to feel that from us. I loved everything that he said to me in those conversations, the same with all the players.

“That manager-player conversation is really important because our relationship needs to be good. All you can do is your best as a club.

“I think we can be happy that we have brought in players of their level. That is just how we tried to work. Now it is stage two, get them settled and playing to the best of their ability.”

Werner moved to Stamford Bridge from RB Leipzig after his release clause of £45 million was activated.