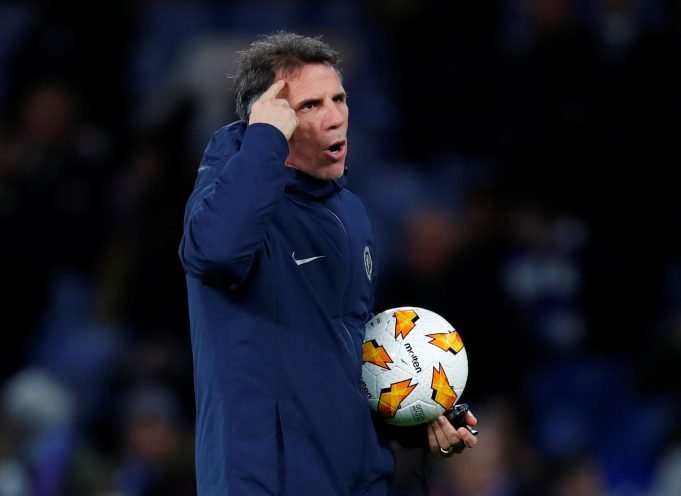 Chelsea legend and current assistant manager Gianfranco Zola said that bringing on Eden Hazard and Pedro in the second half changed the course of last night’s Carabao Cup quarter-final against Bournemouth.

The Blues narrowly defeated Bournemouth 1-0 last night to qualify for the semi-finals of the competition.

Chelsea started the match without Eden Hazard and Pedro but the duo appeared as substitutes in the second half. Pedro came in for Willian in the 55th minute while Hazard replaced Ross Barkley in the 61st minute.

Bournemouth gave a tough fight during the entirety of the game and it seemed like the match would go to extra time. However, in the 84th minute, Eden Hazard struck home the winner to see Chelsea through.

Following the match, Zola said, “The difference was the changes that we made. It was a very tough game. I have to say Bournemouth are a very good team and gave us a really hard time. When Pedro and Eden came on they really gave us an extra gear as we got the goal that made all the difference.

We knew that Eden is the type of player that when he comes on, even for 20 minutes, he can really make a difference. But also Pedro was excellent.”

Zola also said that he wants Hazard to stay at Chelsea. The 52-year old said, “Hopefully he will stay long with us. I’m really looking forward to Eden achieving great things for us.”

Zola also praised Ruben Loftus-Cheek for his performance in the match. Loftus-Cheek’s game time at Chelsea is gradually increasing and yesterday’s performance was another impressive performance from the young midfielder. Zola said, “I was impressed with him. Towards the end he was getting tired but still he was disciplined and he gave the team a hand. He has gone a long way since the beginning of the season. He has improved in many ways and I’m pleased because he’s a good boy and works very hard at his game.”