Chelsea FC Latest News .com
Home England Zola says his team would have had players sent off had they... 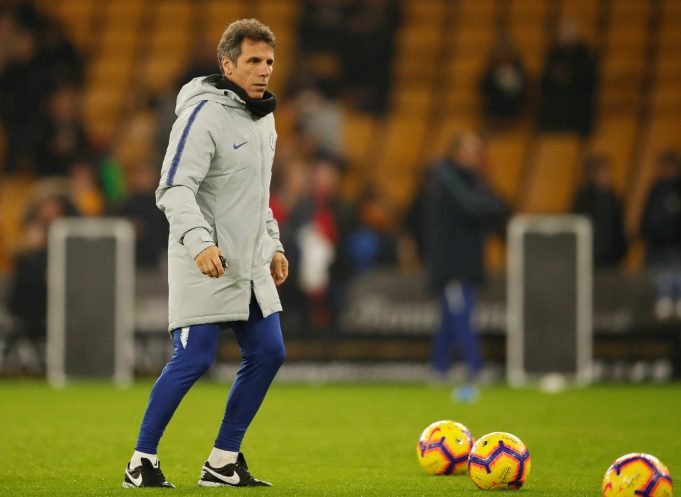 Gianfranco Zola has said that this team has a different set of characters amid claims that his team back in the 90s in Chelsea would have had players sent off had they been thrashed 6-0.

“Every group has its own characters in it. There would have been some of the players in that group who wouldn’t have finished the game, for sure, against Manchester City,” said Zola.

“Every group has its own personalities, good and bad ones. I don’t think anyone in the group, in this group, has enjoyed that day. But everyone reacts differently. I don’t want to get into it very much, but we all felt that defeat is burning.”

Asked if the current team contains strong characters similar to Marcel Desailly and ex-England captain Terry, Zola replied: “Yes, I believe so. They are different personalities, but characters… this group, like the one I had in my times, doesn’t like losing.”

“Maybe they show it in another way. But it’s wrong to make comparisons like that. They reacted (against Malmo) and continue to react. It will be good if we can react more as a team rather than individuals.”

“What we are building here is a philosophy of playing. It’s not enough for one person to get the ball and try and beat two or three players. That’s not the way we want to play.”

“But if you ask me if this group doesn’t care, I don’t believe that. They care. But they need to understand about how to work together, react together, pressing together. That’s the way we win games.”