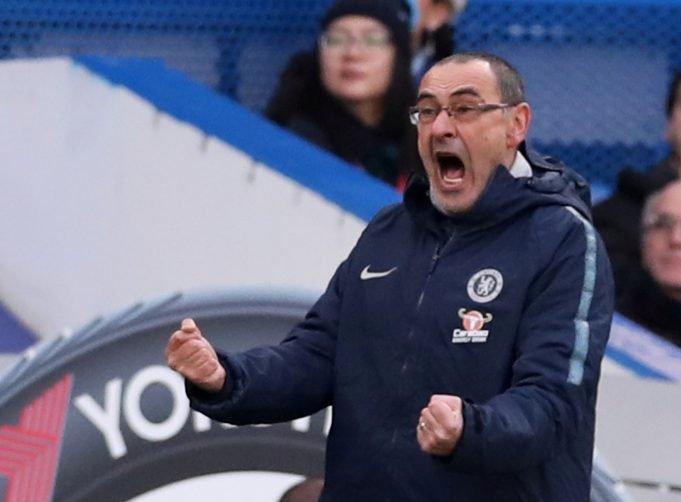 Chelsea have suffered a massive dip in form recently and have fallen to 6th in the Premier League table.  The Blues are on the brink of missing out on a Champions League spot for the second season in a row.

Manchester City manager Pep Guardiola has defended, saying that the Italian needs time to settle down. During his first season at Manchester City, Guardiola did not win any trophies although he took City to the Champions League.

Gianfranco Zola believes that Sarri is facing the same thing Guardiola faced during his first season as Manchester City manager. Zola said, “How do you know that we are not making changes? We are adjusting a few things but without changing where we want to go. The direction is always the same. Two years ago you were probably asking the same questions to Pep Guardiola. I do remember you asking him, ‘is that the case that you keep playing from the back?’

And I remember the answers of Pep, saying, ‘this is not in discussion, this is part of my game, I know I am going through this difficult moment, and I don’t change it’.

I think we are pretty much in a similar moment, where there are a lot of questions and doubts about what we do, but again we are trying to adapt to the league and make some changes. But we don’t change the way we see football and what is good for this club, because otherwise we are nothing.”