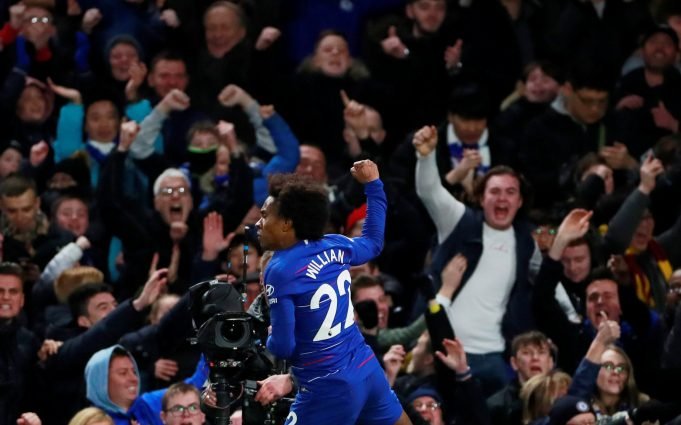 Chelsea star Willian said that he wants to stay at Stamford Bridge. There have been several reports since the summer that linked Willian to a move away from Stamford Bridge.

Barcelona were eager to sign the Brazilian in the summer and even made three bids, all of which were rejected by Chelsea.

The Blaugrana have reignited their interest in signing Willian, offering Malcom and a sum of money for the Brazilian. However, Chelsea have also reported this offer which reportedly sums up to £50 million.

Amidst transfer rumors, Willian confirmed his loyalty to Chelsea. Speaking after Chelsea’s 2-1 win against Newcastle where he scored the winner, Willian said, “My future is here. I have one-and-a-half years on my contract left, and I want to stay until it is finished. I don’t know if the club wants me to sign a new contract, but my focus is here. I would like a new contract. If they want it, I want it.

I have been here for five-and-a-half years, won a lot of titles. I am very happy.”

Willian’s winner against Newcastle United was his third Premier League goal of the season and his 5th in 32 appearances across all competitions.

Chelsea next face Arsenal at the Emirates on Saturday.