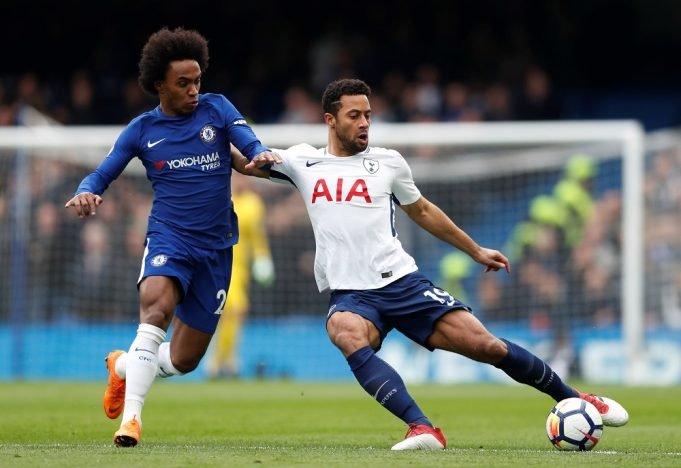 The Blues are on the verge of missing Champions League

Willian has been one of the most constant players for Chelsea for the last three years. Though it’s funny when he performs at his best, Chelsea seems to struggle and vice versa. In 2015-2016,the Brazilian was voted Chelsea’s Player of The Year.

Though there is no doubt in his talents. Willian may not dazzle as much as his more fanciful teammates at club or national team level likes of Hazard and Neymar, but rare is the game where he doesn’t display obvious effort, determination, and commitment to the cause.

This season has been his best ever tally with 13 goals and 11 assists in 48 appearances but its not looking good for Chelsea, as they are on the verge of missing Champions League next season and FA Cup only possible silverware.

He wants something to change next season so that it doesn’t happen again. According to Mirror:

“Yes. I think that hurt a little bit. It doesn’t matter the team, to lose isn’t good. I think ­something will have to change for next season.

“For me, Chelsea will always be Chelsea. It doesn’t matter where we are. The name is too big.

“Of course, the football has to improve. Chelsea always want to win titles and to see these teams in front of us is difficult. We want to be there. But Chelsea has won ­everything in the last 15 years. The club is one of the biggest in the world now.

“That’s why the pressure is coming – because Chelsea has to be top four, fighting for the title, fighting to do something special every season.”

“I don’t like to switch on the TV and see someone saying, ‘Willian has played very bad’. This is hard. But the big players, they respond on the pitch. Not with words or something like that. In football you always have to give your answer on the pitch.”