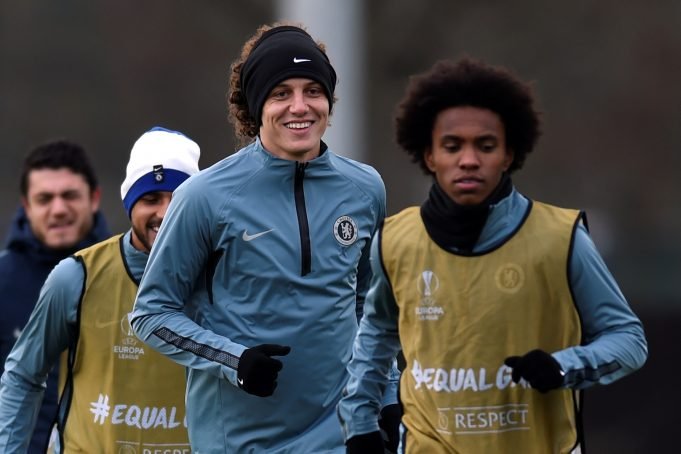 Chelsea star Willian hopes that his compatriot David Luiz will stay at the club. Luiz’s current contract at Chelsea expires next summer.

The Brazilian defender has been a regular under Maurizio Sarri this season and has done very well for the club so far.

Since Luiz is already 31, Chelsea can extend his contract by only a year.

When asked if he wanted Luiz to stay at Chelsea, Willian replied, “For sure, of course. I want [him to stay]. We have to see if they, the club, will want him. I think they want him. For me, I want him to stay.”

Willian provided the assist for N’Golo Kante’s 72nd minute winner in Chelsea’s year-end win over Crystal Palace. The Blues ended 2018 at 4th place in the Premier League table with 43 points.

Chelsea’s first match of 2019 is against Southampton tomorrow at Stamford Bridge.