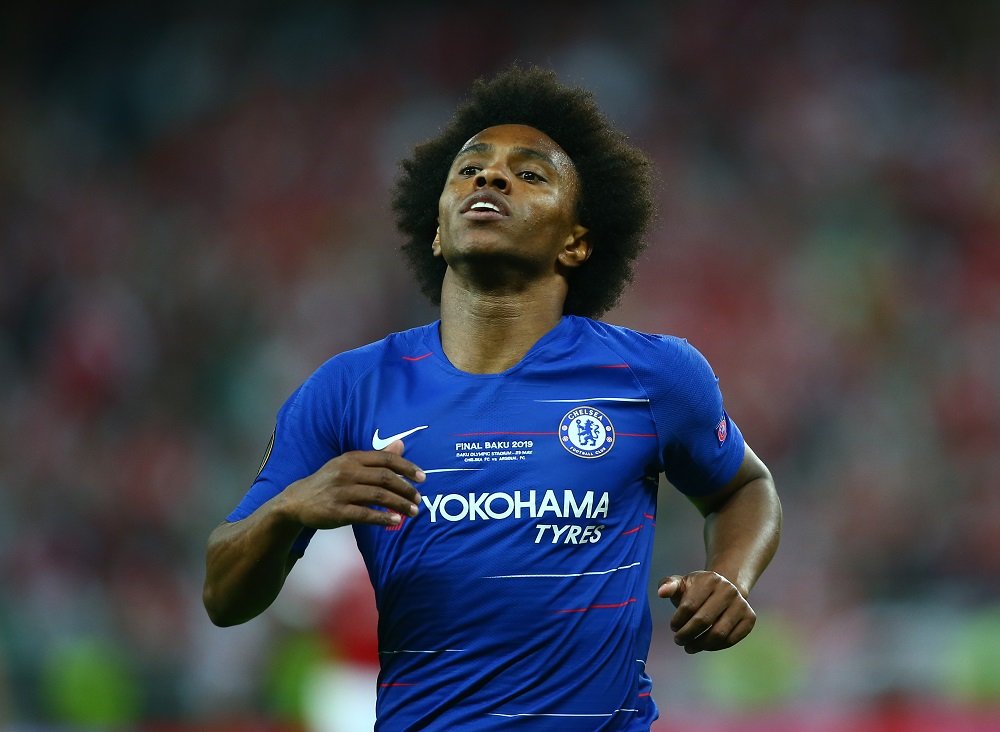 Chelsea boss Frank Lampard is set to receive a massive injury boost after it was reported that Willian is ready to declare himself fit. The Brazilian winger is said to be ready to make a comeback by the time Chelsea face Liverpool in the UEFA Super Cup.

Willian missed the crunch clash against Manchester United as Lampard’s men succumbed to a 4-0 loss on the opening day. He has been working separately following a tiresome Copa America campaign.

Former United and Chelsea manager also stated that Willian was the biggest missing link for the Blues in their game against the Red Devils. Following the fixture, Frank Lampard said,

“I believe we have really talented young players but, let’s be clear, with the injuries we have and the fact we couldn’t bring in players, this is a work in progress – to a degree.”

“We will have to learn harsh lessons and correct them pretty quickly.”

Chelsea will face Liverpool in the UEFA Super Cup in Turkey on August 15. Moving forward, the Blues will welcome Leicester City to the Stamford Bridge on Sunday.