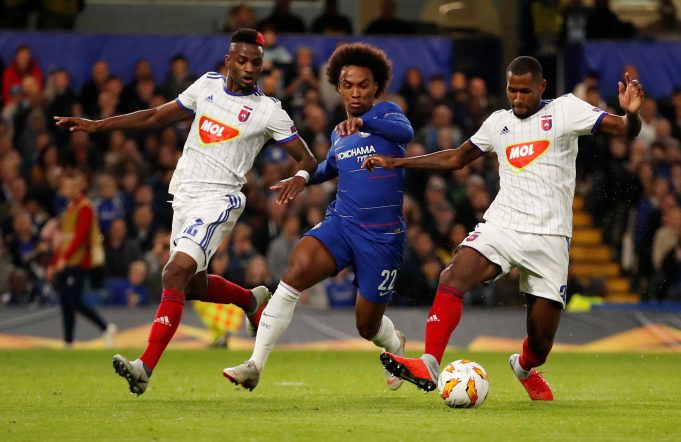 Chelsea star Willian has said that Sarri’s change of training time has made him unhappy. Maurizio Sarri has adjusted the training times so that Chelsea now train in the afternoon instead of during the morning. This may suit the footballer inside Willian but not the family man inside him.

Willian said, “Of course, I prefer to train in the morning because then you can stay with your family, your daughters, because when I’m training in the afternoon my kids go home and then when I arrive home, they have dinner and go to bed.

So I see less of my daughters, that’s why I prefer morning training.”

Chelsea are doing well under Maurizio Sarri this season so far. Barring a Community Shield defeat, the Blues haven’t lost a single match. They have won all their matches in the Europa League and Carabao Cup so far. In the Premier League, Chelsea are currently 3rd in the table behind Manchester City and Liverpool.

Chelsea play Southampton at St.Mary’s stadium tomorrow. They will hope to put an end to their two-match winless streak.