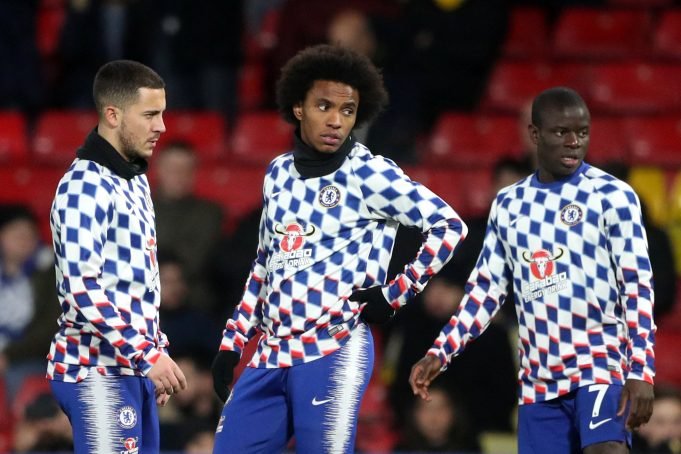 Willian claims the Eden Hazard is fully committed to Chelsea and has not made the slightest hint of moving to Real Madrid in the summer.

The Belgian has been constantly linked with a move to the Santiago Bernabeu with his contract running down to its final 12 months. The speculation heightened when Zinedine Zidane was retained last week as the Galacticos’ manager but nothing concrete has emerged as of yet.

Willian came into the Blues a year after Hazard and is known to be close to the 28-year-old. He said ahead of the Europa League tie on Thursday, “No doubt, he’s focussed here. He’s never said something about Real Madrid or stuff like this. He just wants to continue to play for Chelsea.”

Chelsea manager, Maurizio Sarri told the press that the recent rumours have not affected his plans at the club.

The Italian manager said, “At the moment, I didn’t speak with Eden about Zidane so I don’t know,” said the Italian. I am not worried because you know very well my opinion – I want in my team only the players who want to play for Chelsea, so I cannot be worried.”