Chelsea FC Latest News .com
Home CFC Willian Net Worth: How Much Is Willian’s Net Worth?

Willian Net Worth: How Much Is Willian’s Net Worth?

How much is Willian Borges Net Worth 2020? How much is Willian net worth? And who is he? Willian is a winger at Chelsea Football Club, and he has been a dedicated player for the Blues for a long time. If you don’t know much about this Brazilian player, allow us to introduce you to him!

Who is Willian: Willian Net Worth?

Willian Borges da Silva (or just called Willian) is a footballer from Brazil who plays at Chelsea as a winger. He has previously played in clubs like FC Shakhtar Donetsk, Anzhi Makhachkala, and now is currently at Chelsea FC. 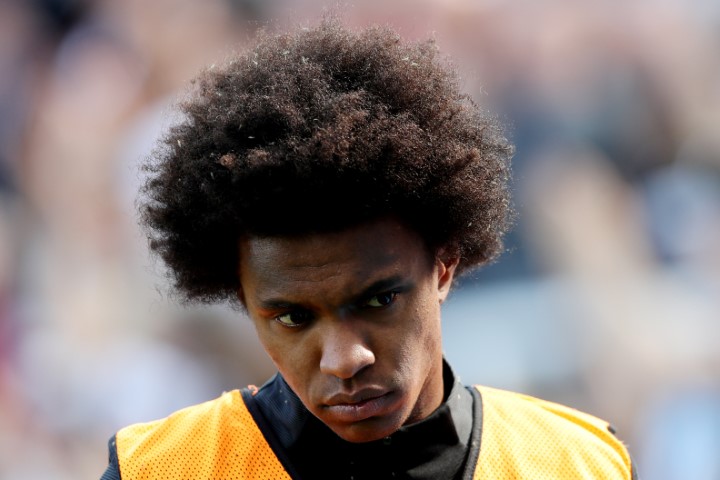 Willian net worth as of 2020 is quite high. Willian’s net worth is estimated at a whopping $75 million. This includes his earnings as a footballer, brand endorsements and bonuses.

What’s Willian’s net worth at Chelsea? He is a very valuable player for Chelsea at the moment, and plays as a winger. Even at the age of 31, Chelsea wants to offer him an extension of 2 years on his contract, showing how important he is to the Blues. His deal with Chelsea is getting over soon though, and is planning to move to Arsenal perhaps. However, the 31-year old Brazilian wants to stay at Chelsea.

Currently, Willian is earning £120k weekly. His salary is one on the higher side, close to Kepa and N’Golo Kante’s wages. Annually, his wages come up to £5760000, according to Chelsea FC Latest News.

Willian endorses several brands. However, some of his biggest and main brand endorsements have been and are Xbox and Nike. He is sure to earn a lot of money from each brand endorsement and advertisement. In 2014, Willian became the brand ambassador for the Brazilian soft drink brand, Guaraná Antarctica. He agreed to endorse the brand personally. Willian who was part of the hosts’ squad for the Fifa World Cup, appeared in a television advertisement for the brand, part of a campaign featuring even Bernard and Neymar.

With a 9 million fan following on Instagram, Willian is quite active and shares photos of himself and his wife from time to time, along with photos of his twin daughters. Their names are Valentina and Manuella. As for other social media, he has more than 3 million followers on Twitter, and 6 million Facebook followers.

As for his family, check out his wife Vanessa and two daughters! He posts absolutely heartwarming photos of his family.

I love you my princesses! ? @universodasgemeasoficial

And here is the entire family!

Merry Christmas from us to you!

Willian has a lovely home as well. It is often featured on his instagram. However, not much information is available on his house. But we could assume that he lives in a posh part of London for sure!

Willian owns a restaurant with former Blues teammate David Luiz. It is a high-end Italian restaurant called Babbo, located in London. Often, their teammates and friends meet up for lunches. Here’s a fun fact – teammate N’Golo Kante is notorious for going there and getting a free meal from his friends!

Here are some quotes for you to get inspiration from by Willian!

“When you win, you win together and when you lose, you lose together too.” – Willian

“My parents gave everything. They sacrificed, they went to work. Sometimes they worked 24 hours, so they called friends to help us. They did everything for me to become a football player.” – Willian