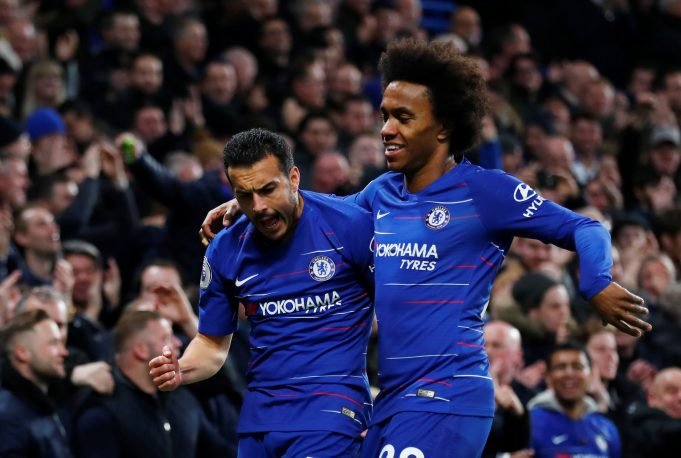 The two Chelsea players, Pedro Rodriguez and Willian, could continue their careers in Qatar.

The Spaniard and the Brazilian are already in their “mature” football years, so they could earn something better with a possible transfer to Al-Duhail, who wants to see them in their ranks.

Foot Mercato says the midfield pair have been offered to Al-Duhail. The Qatari club’s board are now considering the prospect of signing Willian and Pedro.

Pedro’s future is unknown. The ex-Barca player could remain in one of the top 5 European leagues or move to the Arab peninsula. He’s not lacking offfers

You could say the same about Willian. He has plenty of offers and is a player with a big pull in the market, especially because of how he has played this season.

Al-Duhail is already a club that brings together football stars, and Mario Mandzukic and Mehdi Benatia are currently playing there.