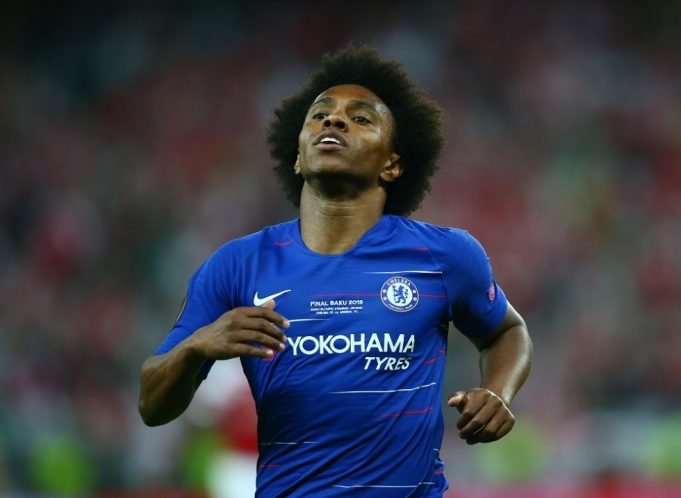 Sky Sports reports that Willian will finally be signing his new deal on offer from Chelsea.

After months of speculation, the Brazilian looks like he will settle with the contract extension of two-years that the Blues are willing to give him.

Plenty of Premier League outfits like Tottenham Hotspur, Arsenal, Newcastle United, Burnley were after him. After being shopped around a considerable bit, Willian might have come to the understanding that his deal with Chelsea is the best offer. The Blues secured Champions League football on Sunday after beating Wolves 2-0 at the Molineux.

No other club can offer that or are willing to meet his demand for a three-year deal. Willian is coming off his seventh season with Chelsea, making 339 appearances and scoring 62 goals. Frank Lampard was keen on keeping the 31-year-old, given his experience and reliability upfront.

Of course, some Chelsea fans had already prepared a farewell for Willian and were not too happy to hear about the turnaround. One fan wrote on Twitter, “Looks like Willian couldnt find any other teams offering him 3 years contract and now he is taking the one on the table already from Chelsea. What a @#$%$#$!”

Another one took it as a blessing as he wrote, “I’m glad to hear that Willian is looking likely to sign a new contract. If he’s happy to get less game time, then it makes sense keeping him. I don’t see the point in spending £30m+ for a new winger to do the exact same when Chelsea more importantly need to improve other areas.”