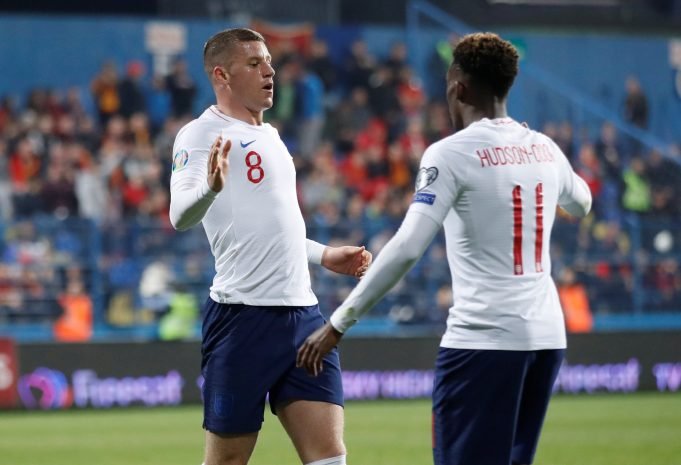 Chelsea and England midfielder Ross Barkley has said that he would be disappointed to take away the goal from his national and club teammate Callum Hudson-Odoi. The former Everton ace was on fire in the Euro 2020 qualifier match against Montenegro as he scored twice to lead his side to a 5-1 win against the hosts. However, his first goal, which saw him diverting the ball into the goal from close range at the end of a shot from Hudson-Odoi, is still a dubious one, which might go either way.

Speaking about the goal after the match, Barkley told beIN Sports, “I haven’t seen the goal back and I’m not sure if it was going in.”

He added, “If it was going in I will be disappointed because I know how gutted he will be, he thrives off scoring and assisting. But he is really happy with the performance and I’m happy he got a start because the sky is the limit for him. He is a great lad and really mature for his age and he is going to keep developing, we have a real player there.”