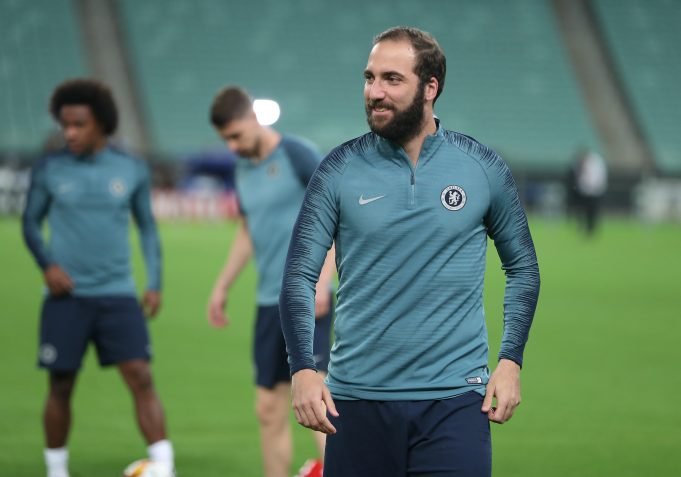 One of the main reasons Gonzalo Higuain could not prosper at Chelsea was because he arrived during “a very dysfunctional period” for the Blues.

He scored only 5 goals in 18 appearances after Maurizio Sarri convinced to make the switch from AC Milan mid-way through the 2018/19 season. Now, the Argentine has returned to Juventus and has reunited with his former Napoli boss but his future is still very unclear.

Chelsea fans were certainly more than happy to bid farewell to the 31-year-old and his giant wages. The reason sited by Calcioland podcast co-host, Alex Goldberg were – “Chelsea, they were just kind of all over the place at that time. He came at a very dysfunctional time and because it was really hard for any striker to succeed at Chelsea this past season.

“Maurizio Sarri, when push came to shove, would sometimes just resort to using a false nine or just using Giroud in games like Europa League ones.

“It didn’t seem like it was gonna be that easy to get Gonzalo off the ground and running coming in in January, but I don’t think that is a great example of just how he can fit in the Premier League.”

Higuain has drawn shock links to West Ham United recently after the English side bid farewell to Marko Arnautovic last week. Manuel Pellegrini is on the lookout for a quality number nine and Higuain certainly fits the bill.

“I actually thought it made sense,” Goldberg added. “Now, it makes sense in terms of the fit, in my opinion, but I would never expect in my wildest dreams to think about Gonzalo Higuain at West Ham. So that part was obviously very surprising, but I think if you think about it a lot deeper it makes sense.

“When Gonzalo Higuain came over to Chelsea last January, I definitely thought he was a good fit for the Premier League profile wise. I thought his game really would profile well into Chelsea, but more important into the league.

“And despite him not having the greatest time with Chelsea, I don’t think that’s because I was wrong or anyone was wrong by thinking that he would fit well in the league. I still think his game profiles well there.”