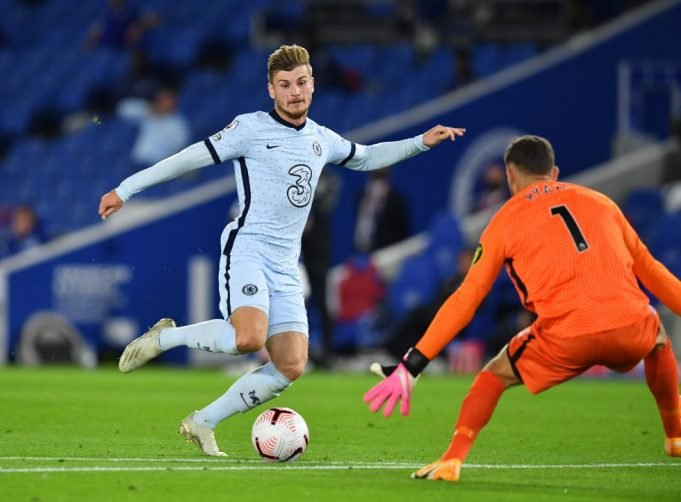 Since signing him for £45m last summer, the Blues have not seen the scoring numbers they expected out of him.

Werner has knocked in just 2 goals since November, perfectly rapping up his struggles in England. Neither Frank Lampard nor Thomas Tuchel has been able to get him firing in front of goal all season.

Unless things change soon, Chelsea could be looking at other players to replace him. Wright believes the Blues might already be plotting a move to get rid of Werner soon.

He said, “When you look at him and the chances he misses, no matter how low your confidence is, he shouldn’t be missing those for the calibre of striker he’s supposed to be.

“We know he scored a lot of goals for RB Leipzig, but even when you’re not playing well and your confidence is low, he shouldn’t be missing them and then you start overdoing it. But if it carries on as it is with Werner, if you can get a swap deal and get someone else in, there’s no way they’re not thinking about that.”