Chelsea FC Latest News .com
Home Chelsea News When Will Chelsea Fans Be Allowed Back To The Stadium? 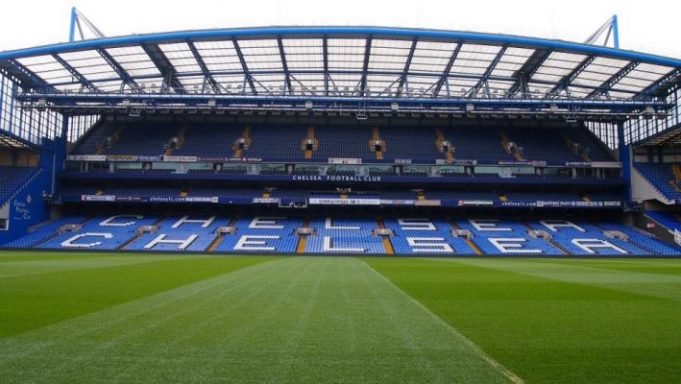 The return of the Premier League on the 12th of September has sparked discussions about allowing fans back into the stadium.

One club that can’t wait to have their fans back at the stadium is Chelsea. The Blues will be yarning to see their fans watch their new signings live and that will be a very historic moment for the club and the fans.

When this will be having not be concluded but will be very soon. The Premier League have been working assiduously to do everything to ensure that return to the stadiums even if it’s at a reduced capacity.  Stanford Bridge has a capacity of 45,000 and it will be great if at least one-third of the seats is filled.

Other sports are also working on making fans return to the venues of games. The US Open is a very good example. The organizers were planning to allow fans into the venue but due to the US Open statistic and increased number of people reportedly testing positive to Coronavirus, it was impossible to do that and endanger the lives of the fans and the athlete themselves. Playing the grand slam behind closed doors was the right decision to take.

Why are fans not allowed in stadiums?

It must be stated that the reasons for the decision to restrict fans from visiting sports events are all centred around the global pandemic, Coronavirus. The deadly virus has taken the lives of thousands of people across the world and sports men and women have also contracted the virus only to test negative after a while.

It has to be stated that government policy and regulation have to adhere strictly to since the Covid-19 and a country’s FA alone cannot decide if it’s safe to return to the stadium to watch football when many are still dying of the deadly virus.

Football in England was altered because of this virus, and the season was proponed till there was a headway about what is to be done about the virus. The Premier League has been on their best practice to ensure that most players are adhering to proper regulations to avoid the spread of the deadly virus.

When Chelsea decides to return back to the stadium, the players and the fans must pass all tests by authorities both in the football and health sector.

What are the fans missing?

When the Premier League returned last season in July, Leicester City were third on the charts and Chelsea were behind them and had all the momentum to go ahead of them.

The Blues were in pole position to finish third after some rounds of games that saw the Blues take some crucial wins. They finally jumped ahead of Leicester who were in very terrible form post lockdown. This opened up the race for top four from the team sitting third till Arsenal on eighth position on the log.

This was the moments fans were needed the most at the grounds. Clubs could have benefitted from having their fans cheer them when they were close to achieving what they set out to achieve. The whistling and the boos from the shout will get to the managers and players to ensure the fans get value for their money and that play a key role in how games turn out. In fact, fans presence is the sole purpose for the and away game rule.

If fans were not important at the stadium that much, all league games could just have been played at a neutral ground where limited fans are allocated tickets and that tickets determine how many fans from each team will be allowed.

But in a case of home-away rule, the home team have the edge in the numbers of fans that is to be expected in the stadium which tilt the support in their favour on match day. This also help teams go the extra mile to grind out results.

The psychological effect that happens when players know that no fans are in the stadium to boo them or shout their name, depending on how the game is going will get to them. Players with trademark celebrations will only have to do it in front of cameraman when in the past you face the fans and feel the excitement coming from them and how happy they are when their team get a goal, especially if it’s from their favourite stars.

It will be bunkers when Chelsea return to the Bridge and their first game has new signing like Timo Werner score. That kind of excitement can’t be curtained and they will long for more week in week out.

What to expect when the fans return to the Bridge?

That will be matchday four in the league. The fans are not expected to see things the way they were before the pandemic. A very strict health guideline must be met before any fan can be allowed inside the stadium.

Another thing to expect from Chelsea fans when they return to the stadium is several new faces and a different setup. The faces known in the Chelsea attack the last term out were Willian, Pedro, Abraham and Pulisic.

The only name that is expected to make the team line up this new season is Pulisic. This is as a result of the arrival of the likes of Hakim Ziyech, Timo Werner and Kai Havertz. These new attackers will give head coach, Frank Lampard a better pool of option to pick from.

The fans also will have to be patient with the new arrivals as all haven’t played in England and may not hit the ground running instantly. But it will be interesting to see how the fans react to the new look in Lampard’s team.