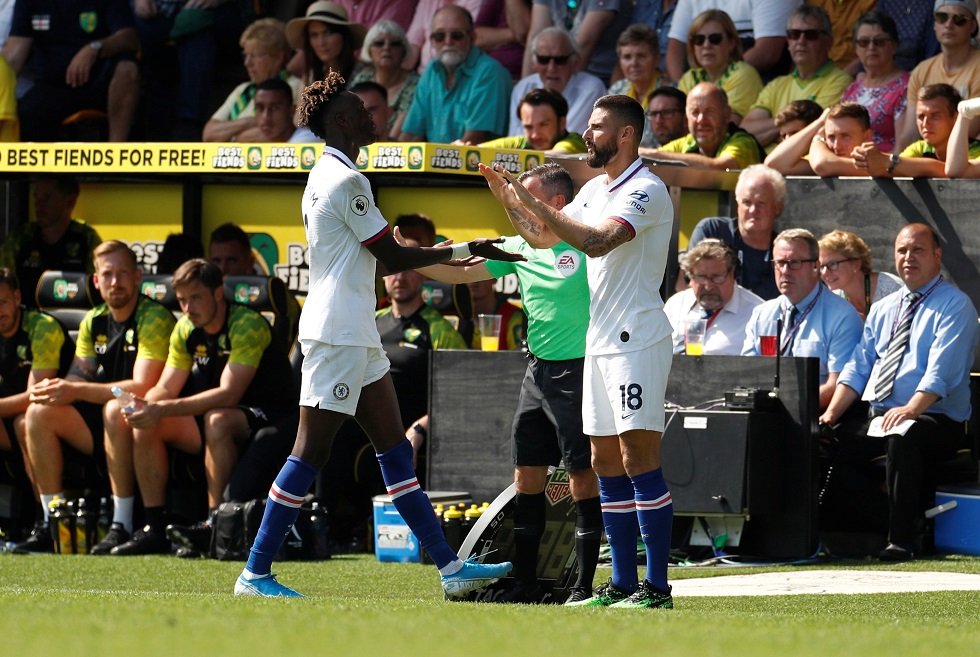 Tammy Abraham is always looking to learn and he revealed the few things he picked up from Olivier Giroud and Michy Batshuayi.

All three are competing for the top spot at Chelsea but currently, Abraham seems to be the outright starter.

Despite the fierce competition, Abraham is not shy about approaching his attacking teammates about any professional tips.

“Ollie [Giroud] is obviously not the fastest striker in the world, but what he has is unbelievable,” Abraham said about Giroud. “His one-touch play, his hold-up play, his one-touch finishing, I just take those little things that I see in training.

“If the ball is coming into the box off the ground, his volleying and everything is on point, so you have to take those little things and add them to your game.”

Abraham even had praise for Batshuayi, who has scored off the bench a few times this season. “I’m a visual learner. I like to watch and take people’s ideas. And add them to myself – the same with Michy [Batshuayi], he is also a great striker. For me to be training with these two players is wonderful.”

Abraham was denied twice from scoring against Newcastle United on Saturday but still has an outstanding scoring record of 8 goals in 9 Premier League games this season.