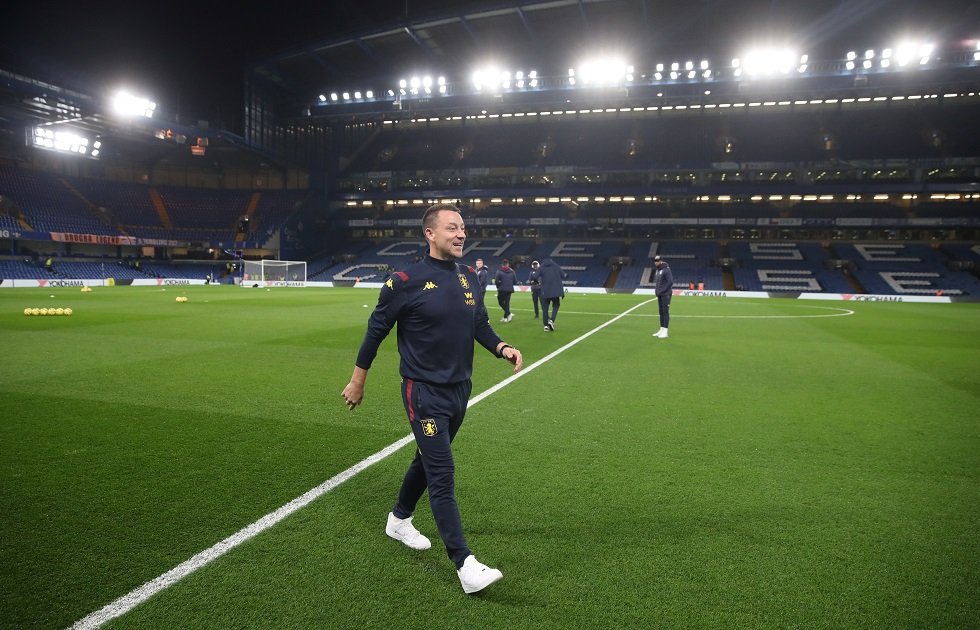 Frank Lampard revealed what John Terry said on his return to Stamford Bridge.

The former Chelsea captain came back to the club grounds for Aston Villa’s Premier League fixture. The Blues ended up winning 2-1.

When asked about the short conversation between old teammates, Lampard said, “Nothing much special, just you know, it was a “well done” and he had his moment on the pitch. It’s difficult when you come back – I did it last year – to a club that you feel so much for. And vice versa, as they [the fans] are with John.

“And you’re working, and you’re part of another team and part of another club. He’s respectful of Aston Villa, I know that. So it wasn’t a massive celebration time, but of course the respect both ways is huge.”

He continued, “I’m happy but I want more. I think we’ve had a pretty good start, because a lot of people maybe expected otherwise, but I think we’ve done pretty well. But I want more all the time, and I think the last week has been a good example of that for us.

“I saw us go to Manchester City and trade with them like a big team that was in and around that level, then I saw us play against West Ham like a team that’s not that and you’re going to lose games in the Premier League. And then I saw a recovery today back to where we were, so that shows me that we have real potential of getting to where we want to be.

“But we also have to be aware that there may be little tough bumps and moments across the road that we have to overcome, because we’re young, because we’re slightly transitional, and that will only show itself as we go along. The important thing between all that is that we keep working to improve every day.”