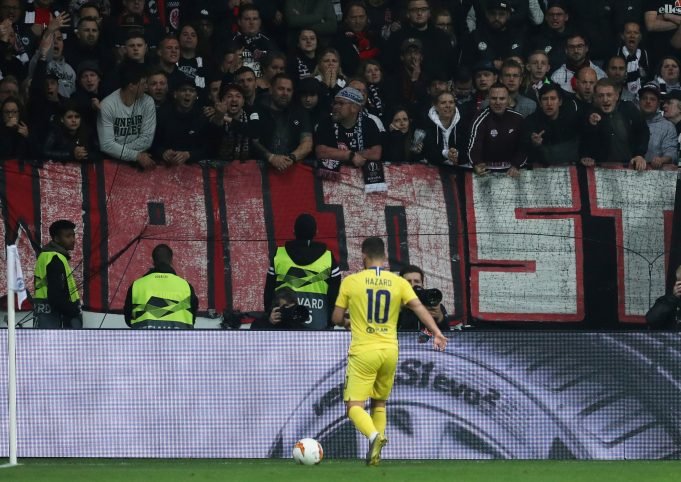 Watford midfielder Will Hughes has praised Chelsea talisman Eden Hazard, stating that his unselfishness is the reason people don’t talk about him as much as they talk about Lionel Messi and Cristiano Ronaldo.

One of the best footballers in the world, Hazard is in the form of his life at the moment. The Belgium international has netted 19 goals and has provided 13 assists in 48 appearances this season.

Chelsea play Watford at Stamford Bridge today. Speaking ahead of the match, Will Hughes said of Hazard,  “His [Hazard’s] agility and the way he moves the ball so quickly in tight spaces is different class. Sometimes you have to just admire him. The reason he’s not talked about like Messi and Ronaldo is because he’s unselfish, he’d rather pass it to a team-mate, which people don’t notice as much.

They’re a quality team with great players, so we have to be on our game 100 per cent, but we know we’ve got good players as well who can hurt them. They’ve got pressures themselves, they want to be in the top four so they have massive things to play for, but we do too and we’re going to go there and treat it as a big game.”

Also Read: Hazard the man to lock away: Hutter