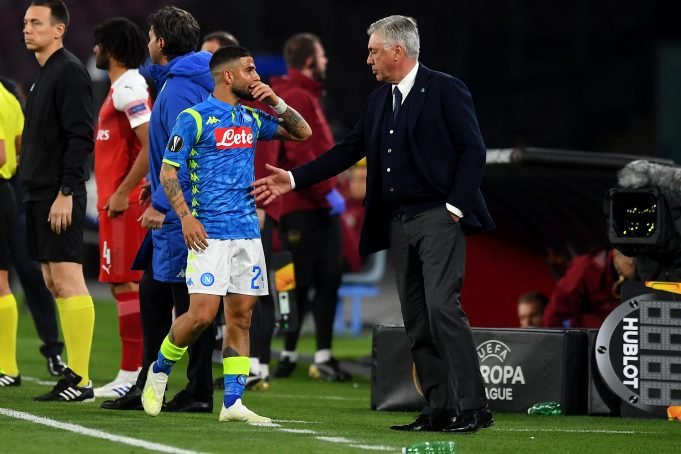 According to the latest reports, Liverpool have a strong case of winning Lorenzo Insigne’s signature if the Napoli winger is made available this summer.

The Italian’s future with the Serie A outfit has been brought into doubt after reports claimed that Carlo Ancelotti was plotting a massive squad overhaul.

The coach and the player are not in the best of terms as was noticed during the Europa League second leg 0-1 loss against Arsenal last week.

Jurgen Klopp has already expressed a desire to sign Insigne but the player himself might be leaning towards a reunion with his former coach, Maurizio Sarri. The 60-year-old, who is currently the head coach of Chelsea Football Club has already brought in two of his former players from Napoli – Jorginho and Gonzalo Higuain.

Insigne could be the third in line to join up the Blues ranks this summer, especially with Eden Hazard predicted to leave for Real Madrid.

Reports from Italy claim that Napoli would like to bag a transfer fee of around £60m for the 27-year-old’s sale. Insigne enjoyed his best form as a footballer under Sarri, when he scored 20 goals in the 2016/17 season.

He has managed 13 goals and 8 assists in 38 appearances this term. The versatile attacker can play anywhere in the final third or even in the central attacking post.

Should Hazard leave Stamford Bridge this summer and Chelsea manage to postpone the transfer ban, Insigne could be a quality addition at an affordable rate.