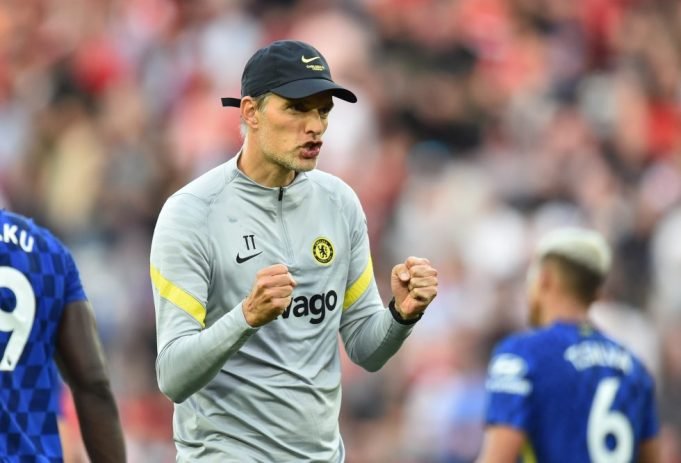 Tuchel said, “We could have finished the game with a third one earlier.

Chelsea manager Thomas Tuchel insists on more improvement in his squad despite a compelling victory over Foxes on Saturday. He admits he still wants more from his players. Chelsea secured a 3-0 victory against Leicester at King Power Stadium, courtesy of Antonio Rudiger, N’Golo Kante and Christian Pulisic’s strikes.

Tuchel said, “We could have finished the game with a third one earlier. There are still things to improve, technical things, decision making and conversion from our chances. But it was a good performance and we needed it, to get a deserved win and a clean sheet and we did deserve it.

“I think we played a good game, a good away game, we have an excellent result so it’s a good mix, we created a lot of chances and half-chances, were a bit unlucky with the offside decisions, but I’m happy we created and never stopped creating and that was the key.

“You have to decide the game when it’s possible to decide. I thought we could be more precise, we could be more clinical in the last third in the first half because we played with such effort, we had such good ball recoveries high up the pitch, we were good in finding the spaces with the ball.

“Of course we all know that a third goal would have decided the match pretty sure. With a two-goal lead you are pretty comfortable but you can never be completely comfortable. One goal, one set-piece, one deflected shot can change the whole momentum and suddenly you struggle when it’s not necessary.

“I am happy but there’s always room for improvement. The players know very well when they do a good match and they did a good match today. It is a team effort and it was a huge effort that we put into attacking and defending, and I’m happy that the team got the win they deserved.”

Chelsea have retained their top spot and managed to secure a 4-point gap with 2nd placed Liverpool who beat Arsenal last night. Blues are strong favourites to lift the trophy this season under Tuchel.