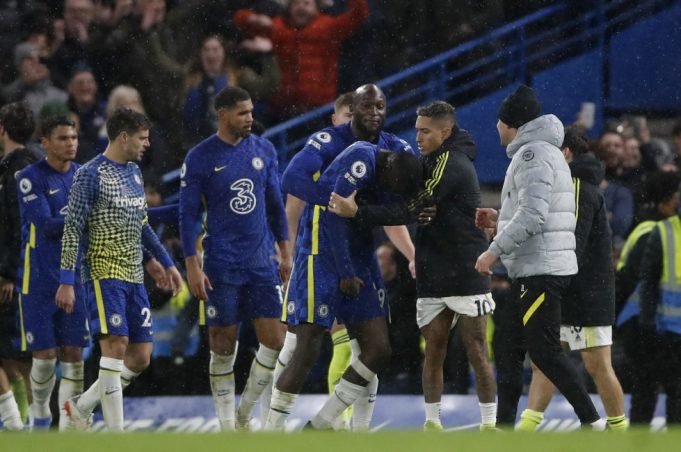 Tuchel’s side suffered an epic blow as Brighton stole a 1-1 draw at Stamford Bridge.

Thomas Tuchel looks unhappy with Chelsea’s progress in Premier League 2021/22. Blues head blames COVID-19 and injuries for ruining Chelsea’s title chances. Their hope of giving a fight to Man City for Premier League title is getting slim as they dropped points against Brighton in home-game last night.

Blues suffered an epic blow as Brighton stole a 1-1 draw at Stamford Bridge. Romelu Lukakau was the only scorer for Chelsea and he gave them a half-time lead with a header but Danny Welbeck outjumped Rudiger a minute into the stoppage time to spoil the party of hosts.

Before going into the New Year week, Chelsea are eight points to Man City and their title chances are pretty slim as Pep’s side is going through a top form. Tuchel lashed out at a growing injury list and positive COVID-19 cases for finding them behind to City in league standings.

Tuchel spoke to The Independent, “How should we be in it? We have seven Covid cases. We have five or six players out for six or more weeks. How should we compete in a title race?”

“Everyone else who has a full squad, everybody in training has the full power to come through this league.