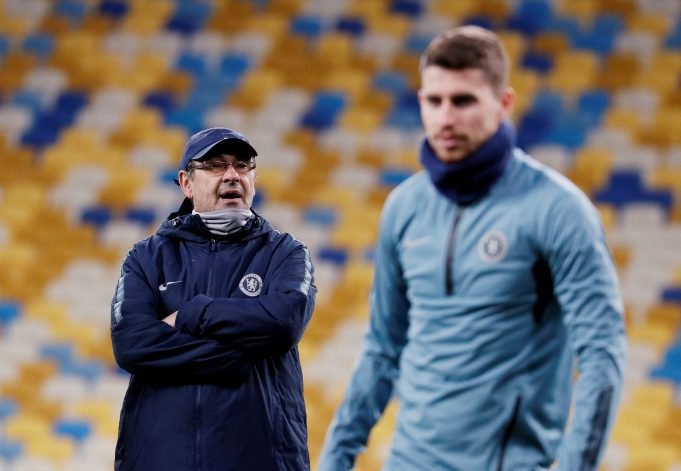 Jorginho has been tipped to follow Maurizio Sarri to Juventus this summer and his agent revealed that a transfer from Chelsea could be a possibility.

The 27-year-old’s first season with the Blues has not been as rewarding as he would have hoped. He appeared in 54 games and yet failed to register a single assist for the team.

Many of the club’s fans are not exactly sold on the former Napoli man’s talents and are repenting ever getting rid of Cesc Fabregas.

Jorginho’s agent, Joao Santos told Tuttomercatoweb, “Chelsea have a four-year contract with the lad. We’ll wait a few days to figure out whether there is any truth in this interest mentioned in the papers.

“His past at Napoli won’t be an issue, because Jorginho is a professional. Right now, Jorginho is happy at Chelsea.  He found a great atmosphere and we can’t really say that he’d like to go elsewhere, but anything can happen in the transfer market. We’ll wait and see…”

Santos further added, “Sarri already showed at Napoli and Chelsea that he is a top-level coach,” he said. “At a club like Juve, who have been so well-organised for years, he can only improve and continue to win.

“I’ve been tracking Sarri for five years and his style of football is very entertaining. Juventus will change, because before they would win without being convincing. Now they’ll convince too.”