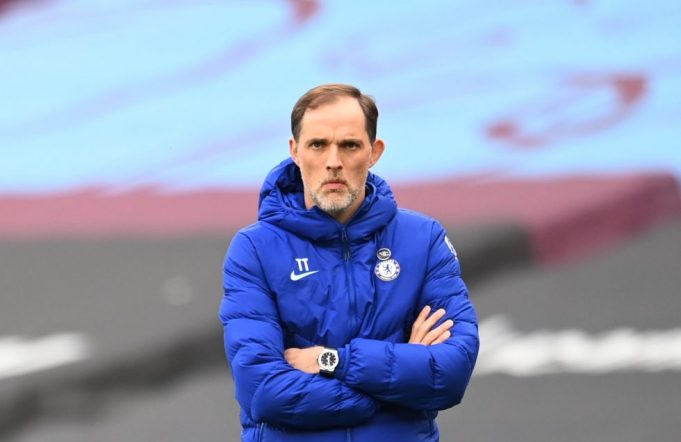 The Blues are expected to have another busy summer transfer season with players inevitably leaving Stamford Bridge. A new centre-back and a new striker are at the top of Chelsea’s wish list for the upcoming transfer window. However, to bring in new players, the club will have to release others. And determining which members of Tuchel’s squad can leave at the end of the season is no simple task.

When it comes to potential outgoings, the Blues – who have been particularly strong towards the end of the season, winning many 2021 football games – must examine various things, including age, contract term, system appropriateness, and most significantly, actual interest from potential purchasers. Here are some of the latest Chelsea FC transfer news now.

West Bromwich Albion is in talks with Chelsea to finalise the transfer of Trevoh Chalobah. The 22-year-old, who spent the 2020/21 season on loan at FC Lorient in France, already has Championship experience, having previously played for Huddersfield Town and Ipswich Town. The Express & Star reports that the Baggies are in talks with the Blues to sign the defensive-midfielder permanently, following their relegation from the Premier League last season.

Despite having three years left on his contract, Chalobah is unlikely to make the grade at Stamford Bridge and secure his place in Thomas Tuchel’s first-team plans after numerous seasons on loan, so a permanent move abroad could be the next best step for him in his career. According to the report, Tuchel has placed Chalobah on the transfer list and made him available for a permanent departure, indicating that a deal with the Baggies should not be difficult to complete. However, it’s unclear whether the Blues will seek a price for the former England Under-21 international, who played 30 times for FC Lorient last season.

If the Baggies can get a deal done for Chalobah, it will be a good bit of business for newly-appointed manager Valerien Ismael, who came over from Barnsley. Chalobah has reached the point in his career where he has to find a permanent home and settle down, allowing him to establish some form of constant rhythm – both on and off the pitch. Chalobah’s entrance at the Hawthorns, should a deal be completed, would be West Brom’s second signing of the summer, following Alex Mowatt’s move from Barnsley.

Other players who could be a part of the Chelsea rebuilding process, and who could find themselves on their way out the door, include:

Rudiger has gone from being a peripheral player to a vital starter as a result of Tuchel’s arrival. However, Chelsea must make a choice on the defender’s future this summer since his contract expires at the conclusion of next season. The Blues must either sign Rudiger to a new contract or cash in while his value is high. And they need to make that decision quickly, or they risk repeating the situation that allowed Thibaut Courtois to join Real Madrid.

It’s tough to say which scenario will play out. Tuchel reportedly wanted the centre-back to join him at PSG last summer, indicating that the German coach is a fan. Chelsea’s willingness to sanction a long-term agreement for a 28-year-old centre-back, however, remains to be seen.

The 26-year-old is Tuchel’s third choice for the left wing-back position and has only appeared in two games. Emerson’s contract expires after next season, and he has received interest from Juventus in Italy. So it’s time to say goodbye … for the right price.

Giroud is no longer a regular starter for Chelsea at the age of 34. In the summer, he is out of a contract at Stamford Bridge. The Blues have a one-year option to keep the Frenchman, but it will most likely be time to say goodbye by the conclusion of the season. Giroud has scored crucial goals for Chelsea this season, but his lack of movement and quickness has become apparent in recent appearances.

With 12 goals this season, Abraham is Chelsea’s leading scorer, but he hasn’t thrived under Tuchel, partially due to a recurrent ankle ailment. Since the German took over, the 23-year-old has only started two Premier League games, both of which he was taken off at half-time.

Moreover, Tuchel and those at the top of the club aren’t sure Abraham can lead the attack for years to come, as evidenced by the Blues’ pursuit of Borussia Dortmund star Erling Haaland. And if that’s the case, the academy has every right to press for a transfer this summer.

Chelsea manager Thomas Tuchel will have some critical decisions to make in the upcoming summer transfer window as the Blues look to restructure their squad and establish a title-winning club for the 2021-22 season. In other words, Tuchel is likely to restructure his team in the summer and use the transfer window to fine-tune his playing squad ahead of his first full season in charge.

Since his arrival in January, the Blues have been a force to be reckoned with. Chelsea’s playing style has been altered by Tuchel, who now employs wing-backs in a five-man defence and has recently begun to utilise record acquisition Kai Havertz as a false nine. Chelsea was ruthless last summer when they spent £250 million on Havertz and others, but they are anticipated to focus more on outgoings this year.