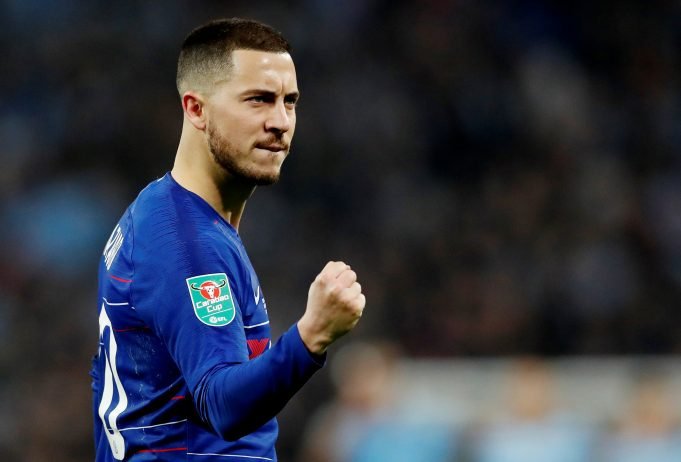 According to Ian Wright, Chelsea’s transfer ban could have a reverse effect on some of the club’s highest valued assets instead the one fans are expecting.

The Blues recently got suspended from bringing in any players due to their mishandling of nearly 100 youth players. This had led the Chelsea faithful to believe that Eden Hazard and Callum Hudson-Odoi’s futures are more secure now since the club would be far more hesitant to let go of them now.

However, BBC Pundit and former Arsenal striker, Wright claims that the two talented wide men could be provoked to leave instead of staying till 2020.

He said, “I think it’s really interesting now with the transfer ban. Where does that leave people like Hazard and Hudson-Odoi? I know that players can still leave.”

“But why would you, in this particular instance with his contract running out in 2020, same with Hudson-Odoi, why would you stay when they haven’t even got the capabilities of maybe signing players to help you kick on again?”

Chelsea are currently 6th in the Premier League table with a very unstable relationship with the club’s manager, Maurizio Sarri. The thought of being able to make no improvements for the next two seasons might force Hazard to quit the Stamford Bridge this summer.

Former Chelsea striker, Chris Sutton apparently shares the same sentiment. He said, “I’d go! I’d be out of there as quickly as [possible].”

Hazard has been a subject of heavy interest from Real Madrid and the player himself has expressed a desire to put on the Galactico shirt one day. His departure could be explained at this point of his career but Hudson-Odoi might have to give this entire situation a second thought.

The disability to sign any new players along with Hazard’s potential departure could open up a more rewarding spot for the 18-year-old in this Chelsea side. The chances of him playing more are far more if the Blues are unable to recruit more proven talents with the help of their financial superiority.

Chelsea FC Player of the Year