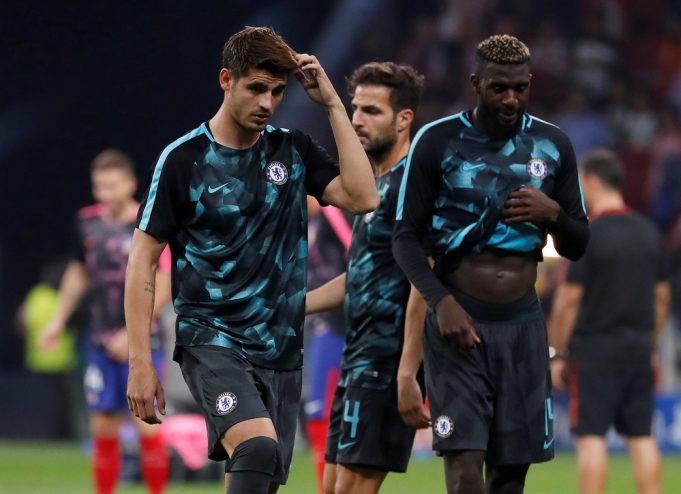 The Forward has endured a frustrating debut season

The Spain International has just scored 11 goals in 30 Premier League games. He has also been plagued by mysterious back injury and had to take painkilling injections.

The former Juventus star endured another night on Wednesday as Antonio Conte’s side were held to a 1-1 draw by Huddersfield. With this result the club could miss out on Champions League spot unless Liverpool loses their last Premier League game.

“Alvaro Morata does so many good things on the pitch,” he wrote in his column in The Times as quoted by Daily Star

“But he just needs to learn to get the ball out of his feet more quickly and shoot.

“Sometimes the Chelsea striker seems to be waiting for the perfect situation to arise before he takes aim at goal.

“To be a great centre forward you need to hit the ball early and try to break the net.

“When he was played through on goal in the first half last night he might have scored had he shot quickly and surprised Jonas Lossl, the Huddersfield goalkeeper.

“Instead he took it around Lossl and the angle became too acute.”