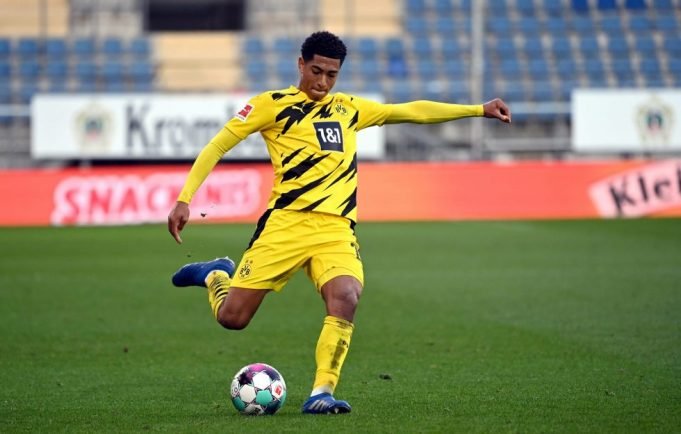 Borussia Dortmund will demand a fee of around €150m to let go of Bellingham.

According to multiple reports (h/t Metro), Chelsea co-owner Todd Boehly has made contact with the father and agent of Jude Bellingham to steal a march ahead of the potential transfer.

Bellingham has been linked with a host of clubs in Europe, including Premier League rivals Liverpool, Manchester City and European champions Real Madrid.

Earlier this week, it was revealed that Borussia Dortmund will demand a fee of around €150m to let go of the Englishman. As per German outlet Bild (h/t Metro), the Blues are one of the four serious contenders along with the three mentioned above to sign him.

Chelsea could do with a midfield signing with a younger age profile without compromising on quality. The future of N’Golo Kante (31) and Jorginho (30) is uncertain as their contracts are up in June. The other two key central midfielders Mateo Kovacic and Ruben Loftus-Cheek are 28 and 26 respectively.

It is good to see Boehly doing his best to gain any sort of advantage in this transfer race.